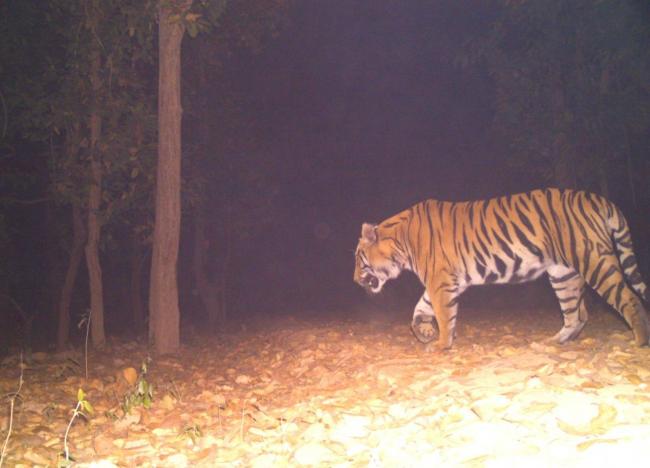 According to reports, acting on local inputs, forest department placed at least seven cameras at different locations in Lalgarh forest and the tiger was captured twice on a camera on Friday early morning.

"Since January 30, local villagers had been claiming the presence of a tiger in Lalgarh forest which was unexpected because tiger was never spotted in the forest before," Divisional Forest Officer (DFO) of Medinipur division, Rabindranath Saha, told IBNS. 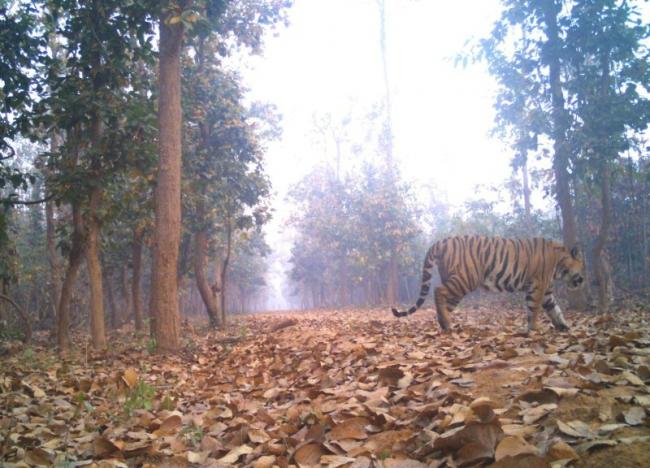 "Recently, we installed seven trap cameras in the jungle and the mature tiger was captured in a camera, which was placed near Melkheria village, twice on Friday early morning (4:28 am. and 6:15 am.)," Saha said.

"The tiger might have come from Simlipal Tiger Reserve in neighbouring Odisha district. We have started enquiry into the matter to confirm it," he added. 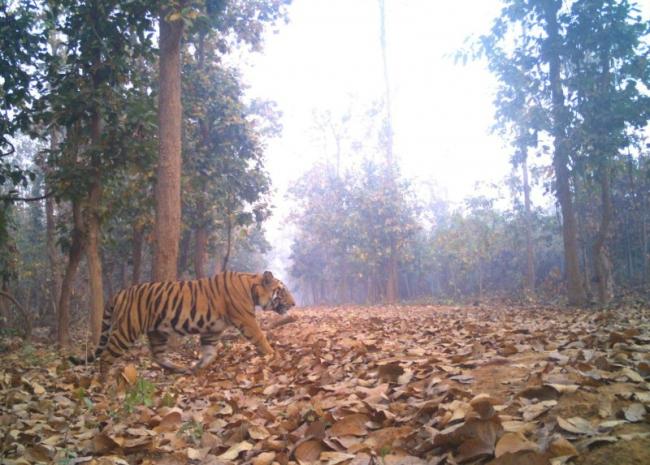 However, a tiger-tranquilization team has been called from Sundarbans Tiger Reserve to catch the tiger, reports said.

"We've informed all the local villagers to move carefully near the jungle areas and not to go into the deep forest. They have also instructed not to move outside their homes at night until the tiger is captured," DFO Rabindranath Saha said.