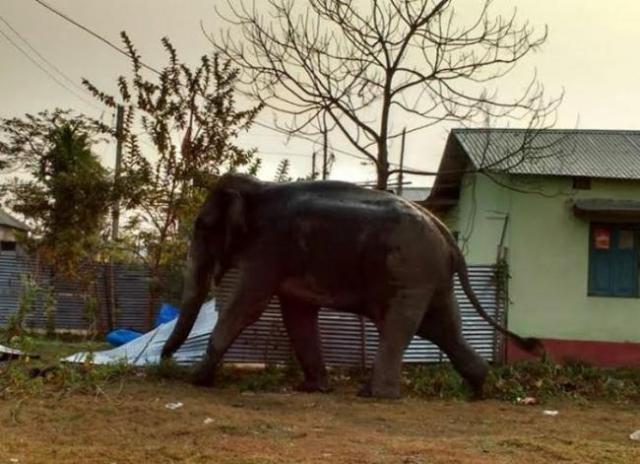 Guwahati, Nov 19 (IBNS): Two elephants were killed after they were hit by a passenger train at Chandrapur area, outskirts of Assam’s capital city Guwahati on Saturday night, officials said on Sunday.

According to the reports, the two elephants were part of a herd of about 15, that had came into the plan area from nearest hilly areas in search for food.

A top official of the state forest department said a passenger train had hit the elephants at night while they trying to cross the railway track.

Wildlife workers and veterinarians had arrived at the area and performed autopsies on the elephants before burying them at nearby field.

Meanwhile, local people alleged that wild elephants have been forced to come down in search for food only because of illegal encroachment continued in the hills area.

Over 60 wild jumbos were hit and killed by trains in Assam in past six years.

(Reporting by Hemanta Kumar Nath,Image: File photo of an Elephant)