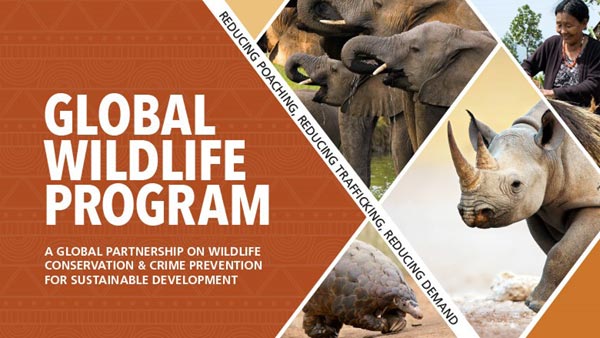 Coinciding with the ‘Wildlife Week’, the theme of the Conference is - “Peoples’ participation in wildlife conservation”.

At a media briefing organised by the Ministry of Environment and Forests on Friday, Dr. Harsh Vardhan said that India is playing a leadership role in management of wildlife through involvement of local communities.

Pointing out that no programme can succeed solely because of vovernment policies, the Minister said that peoples’ participation at societal level can ensure its success.

The Minister pointed out that a 15-year National Wildlife Action Plan (2017-31), with a special focus on peoples’ participation will also be launched on October 2.

He emphasised that the Conference will act as a platform for knowledge exchange and coordination on the action taken on the ground to combat illegal poaching of wildlife and improve governance on wildlife conservation.

Dr. Harsh Vardhan underlined the fact that the number of rhinos, tigers and elephants is in fact, increasing.

The Minister said that till now programmes and plans related to wildlife were focused on and around national parks and sanctuaries. However, the strategy and programmes will now be based on the landscape of the region.

He added that the impact of such issues as global warming, climate change and disaster management on the people living around wildlife areas and on the wildlife will also be discussed.

The meeting will bring about strengthened cooperation between India and the 18 GWP countries in better management of wildlife habitats and minimizing human-wildlife conflict situations, the ministry said in its release. It will also enable India to strengthen its enforcement mechanism to control illicit trade.

The Conference will provide an opportunity for India to showcase its conservation efforts through joint forest management, vana sanrakshan samitis, eco-development committees in and around Protected Areas.

Led by the World Bank, the Global Wildlife Programme was initiated in 2015.