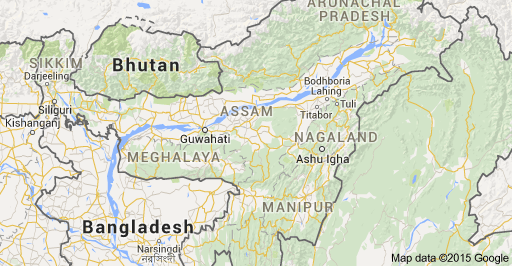 The state government claims it shows a biased view of Kaziranga National Park.

The BBC recently aired a documentary film titled Killing For Conservation based on Kaziranga National Park (KNP) and called it dark secrets of Kaziranga and that the war on poaching has gone too far.


"They aired an overall biased  view which is a matter of grave concern to us. We have taken the issue seriously and decided to take legal action against BBC and its correspondent. I will discuss the matter with the Assam Chief Minister," Brahma said.


The Assam minister further said that a draft has been prepared regarding it.


Meanwhile, Kaziranga National Park Director Dr Satendra Singh said that there is no shoot-on-sight policy in Kaziranga, while the BBC presentation said that forest guards in the national park have been given powers to shoot and kill.


"They misrepresented facts and aired some selective over-dramatised interviews and old footage. They violated the permission order from foreign ministry and National Tiger Conservation Authority (NTCA). They have a different agenda fuelled by a foreign NGO and some local people who opposed conservation," Singh said.


The BBC film said that more people were killed by forest guards than rhinos by poachers as 23 people lost their lives compared to just 17 rhinos last year.


Rowlatt, who prepared the documentary film claimed that only two intruders were prosecuted while 50 were shot dead since 2014.


Earlier, the Union Environment and Forest ministry had severely criticised the BBC and recommended blacklisting its correspondent.


The NTCA had faulted the BBC and its South Asia correspondent for airing the documentary film on February 11 without submitting the programme to the ministries of Environment and External Affairs for a mandatory preview before airing.


Meanwhile, a top official of the Union External Affairs ministry said that the government will review all permissions to BBC across the country.