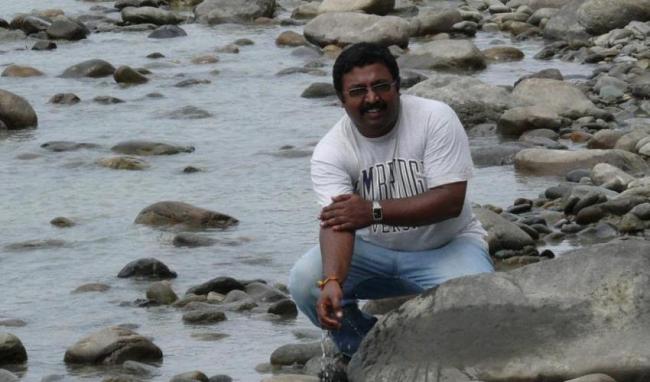 Lahkar is the first Asian to win this award, according to media reports.

“Manas [in Assam] is a World Heritage site and is a universal property – and it is our moral responsibility to protect it,” said Bibhuti Lahkar. “I just try my very best. My work is not only based on research, it is also aimed at building the next generation to empower them with education and opportunities for livelihood.”

The Chief Minister of Assam Sarbananda Sonowal tweeted, "Congratulations to Dr Bibhuti Lahkar, a young conservationist, on being voted IUCN Heritage Hero. You have made us all proud."

The Manas Wildlife Sanctuary was withdrawn from the List of World Heritage in Danger in 2011, after almost two decades of armed conflict.

Bibhuti Lahkar’s field-based surveys were among the first to establish that the site was indeed on a path of recovery.

An expert in human-wildlife conflict mitigation, Lahkar showed how humans and elephants, for example, can live side by side, reported the IUCN World Conservation Congress release.

He has empowered some 300 young people to be directly engaged in the site’s protection, including 100 whom he trained as tour guides, and has helped train converted poachers on the monitoring of wildlife.

Supported by the MAVA Foundation and Star Alliance’s Biosphere Connection, the Heritage Heroes project was implemented by IUCN’s World Heritage Programme in collaboration with the IUCN World Commission on Protected Areas.

The 2016 Heritage Heroes Awards also recognised Bantu Lukambo and Josué Kambasu Mukura jointly for their work in protecting Virunga National Park in the Democratic Republic of Congo, as well as Yulia Naberezhnaya and Andrey Rudomakha for their joint actions in the Western Caucasus in Russia.