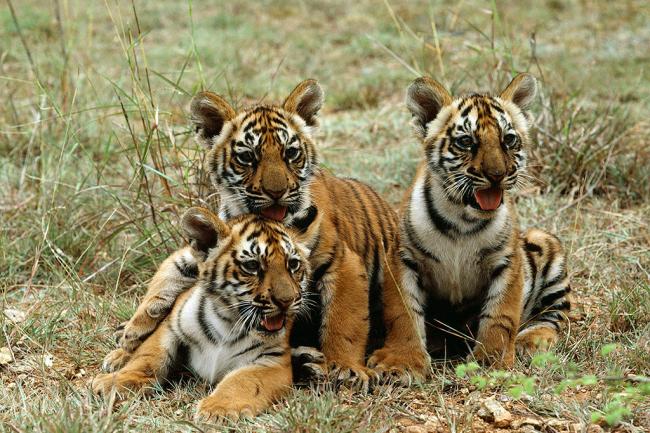 India Blooms News Service | | 04 Jun 2016, 09:32 am
#UN, # Thailand, # Thailand temple, #Thailand tiger
New York, June 4 (Just Earth News): Following the discovery earlier this week of 70 dead tiger cubs, as well as tiger skins, talismans and other wildlife parts, in a Buddhist temple in Thailand, two United Nations agencies have said those circumstances represent only a â€œtiny proportionâ€ of the extent of an illegal trade in wildlife that is pushing species to the brink of extinction.

“Indeed, only around 4,000 tigers are left in the wild,” said the UN Environment Programme (UNEP) and the UN Office on Drugs and Crime (UNODC) in a joint press release. “Until the illegal trade in wildlife is stopped, we are only likely to see more of these types of situations.”

The agencies highlighted that the extent of such illegal trade and the urgency needed to end it is why the UN recently launched the Wild for Life campaign, an appeal for everyone to act to stop wildlife trafficking, be they Governments, civil society, businesses or individuals.

In addition, the agencies noted that World Environment Day, which will be observed this Sunday, is themed this year on the illegal trade in wildlife in a bid to raise awareness of this severe problem. Tigers are one of the key species in the campaign.

“The illegal trade in wildlife, estimated to profit criminals to the tune of billions of dollars annually worldwide, comprises everything from the lucrative trade in tiger parts in East Asia to ivory from poached African elephants,” the agencies emphasized. “It undermines our environment, economies, communities and security.”

UNEP and UNODC also noted that action against the illegal wildlife trade has become a high global priority, with the UN General Assembly adopting a resolution in July 2015 urging all countries to make this a serious criminal offense.

“The commendable action by Thailand’s authorities, coordinated by the Department of National Parks, Wildlife and Plant Conservation, highlights the need for constant vigilance by wildlife law enforcement authorities to the threat posed by traffickers,” said UNEP and UNODC.

The agencies also recalled that in April 2015, Thai customs confiscated more than three tons of African elephant ivory, the second-largest seizure in the country’s history. Also in 2015, Thailand’s Anti-Money Laundering Office was among Asia-Pacific organizations honoured by UNEP for its role in combating wildlife crime.

“Given the extent of the illegal wildlife market in Asia it is important for all countries to unite and eradicate these illegal practices,” the agencies stressed.