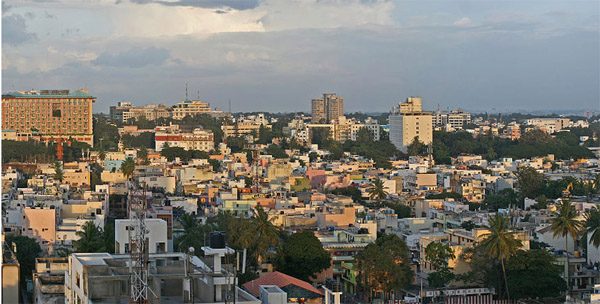 CCTV footage showed the animal was wandering around the corridors of Vibgyor School which is located in Kundalahalli area.

According to reports, a security guard in the school first spotted the animal after 4 am and flashed the alert.

Forest department personnel later reached the school and started their attempts to capture the leopard.

The animal was tranquilized and later captured by officials.

Two people have been injured in the incident, reports said.