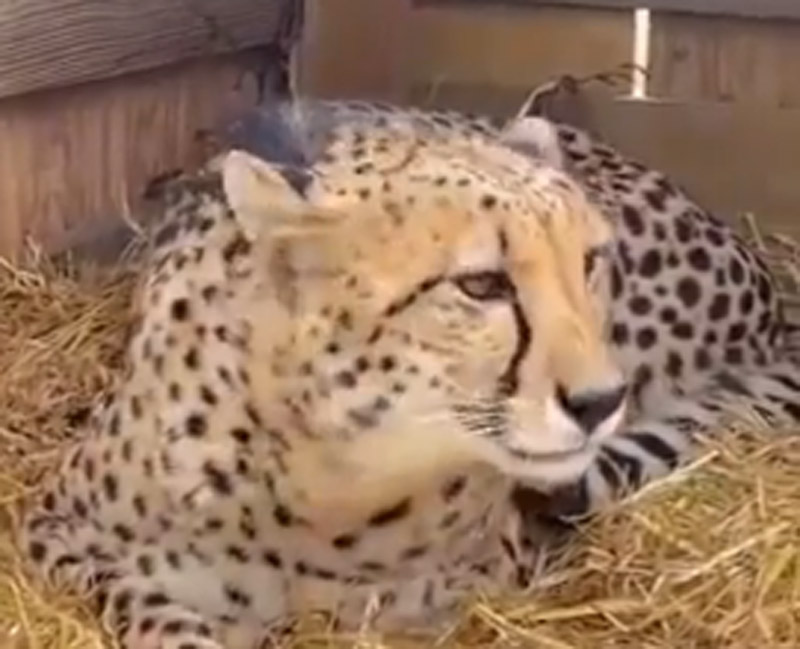 Gwalior: As many as eight cheetahs have arrived in India from Namibia and soon they will be released in  Kuno National Park in Madhya Pradesh on Saturday.

Prime Minister Narendra Modi will set free the big cats in the park.

Incidentally, Narendra Modi is marking his birthday on Saturday.

The cheetahs have arrived in their new home- KUNO - heavenly habitat for our cats! pic.twitter.com/wlEhKBr2EY

"At around 10:45 AM, Prime Minister will release Cheetahs in Kuno National Park. After that, at around 12 Noon, he will participate in SHG Sammelan with women SHG members/community resource persons at Karahal, Sheopur," read an official statement.

The release of wild Cheetahs by the Prime Minister in Kuno National Park is part of his efforts to revitalise and diversify India’s wildlife and its habitat. Cheetah was declared extinct from India in 1952.

The Cheetahs that would be released are from Namibia and have been brought under an MoU signed earlier this year.

A historic moment as the special bird takes off carrying cheetahs to their new home. #AmritMahotsav pic.twitter.com/9Wuqhi4fHc

The introduction of Cheetah in India is being done under Project Cheetah, which is world’s first inter-continental large wild carnivore translocation project.

Cheetahs will help in the restoration of open forest and grassland ecosystems in India.

This will help conserve biodiversity and enhance the ecosystem services like water security, carbon sequestration and soil moisture conservation, benefiting the society at large.

This effort, in line with the Prime Minister’s commitment towards environment protection and wildlife conservation, will also lead to enhanced livelihood opportunities for the local community through eco-development and ecotourism activities.