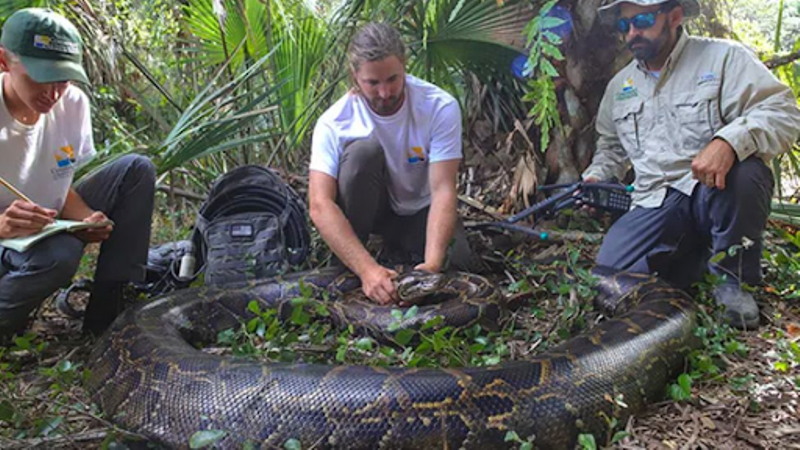 The snake was caught with the help of radio transmitters implanted in a male "scout" snake named Dionysus, or Dion in a region in the western Everglades forest in Florida.

The Burmese female python is estimated to be 20 years old when she was killed.

The researchers have been hunting down pythons for the last 10 years in an effort to save local species in the ecosystem of the state of Florida.