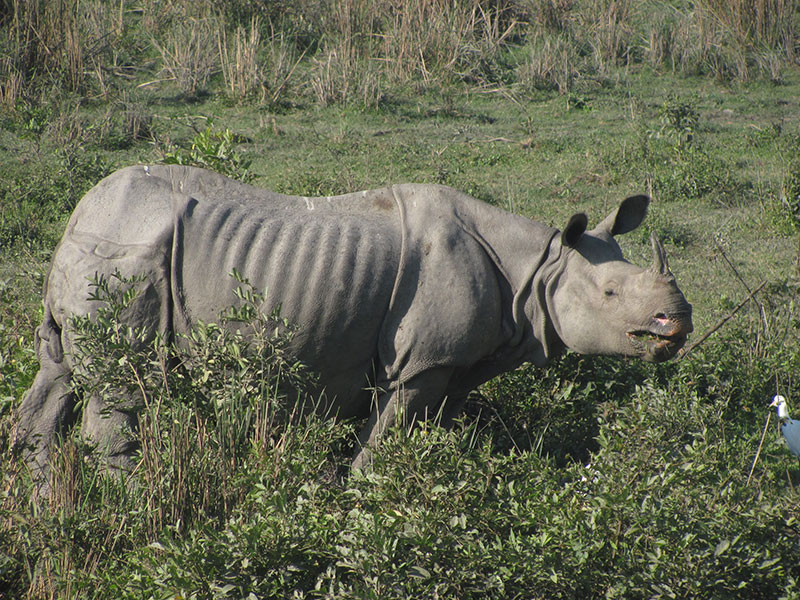 Guwahati/IBNS: A man was killed after a rhino attacked him in Assam’s Majuli district.

The victim was identified as 50-year-old Madan Das.

The incident took place at Eri SChapori area near Samaguri in the river island district on Sunday where an angry rhino attacked the man near his house.

According to the local villagers, when Madan Das came out from his house the rhino suddenly appeared in front of him and attacked him.

The injured person was rushed to hospital, but he succumbed to his injuries at Jorhat Medical College and Hospital (JMCH).

The rhino that strayed out from Kaziranga National Park had entered into the area a few days back, is still roaming in the area and creating panic in the area.