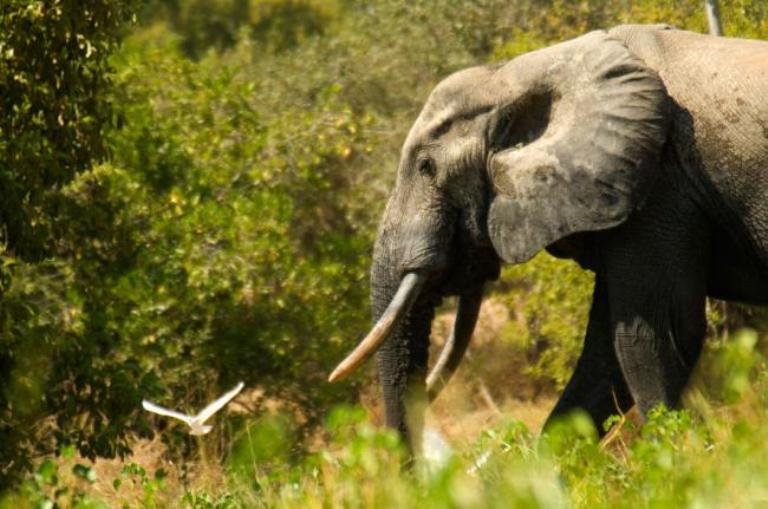 Guwahati/IBNS: In an unfortunate incident, one wild elephant was killed after being hit by the engine of a goods train in Assam’s Kamrup district on Thursday night.

The incident occurred around 02:48 hours between Azara and Mirza stations under the Rangiya division of NF Railway.

The driver of the goods train reported a side collision by an elephant with the train engine while on run at about 02:55 hours.

After getting dashed, the elephant fell down on the track. Track clearance was given at 05:20 hours with normal speed after removal of the elephant from the track and the goods train left from the site toward Azara.

Due to this incident, train No. 13247 DN (Kamakhya – Rajendra Nagar Terminal express) suffered detention for 20 minutes. Some other goods trains passing through this section at that time were also got delayed.

It may be noted that the area where the incident occurred is not a forest declared elephant corridor. No information from Forest officials or villagers on the movement of the elephant in the area was received by the nodal railway officials.

As a preventive measure, the forest department and railways have dedicated representatives from both sides at the railway’s divisional 24 hours working control office, but no information regarding the movement of elephants was available with the forest official available at control as well. After the incident, information was given by railway officials to the Forest department.

Guneet Kaur – CPRO of NF Railway said that, after the incident of last night, NF Railway has proactively decided to conduct a detailed enquiry of the incident and has imposed caution during train movement and reassessment of notified elephant corridors are also being taken in coordination with Forest department.