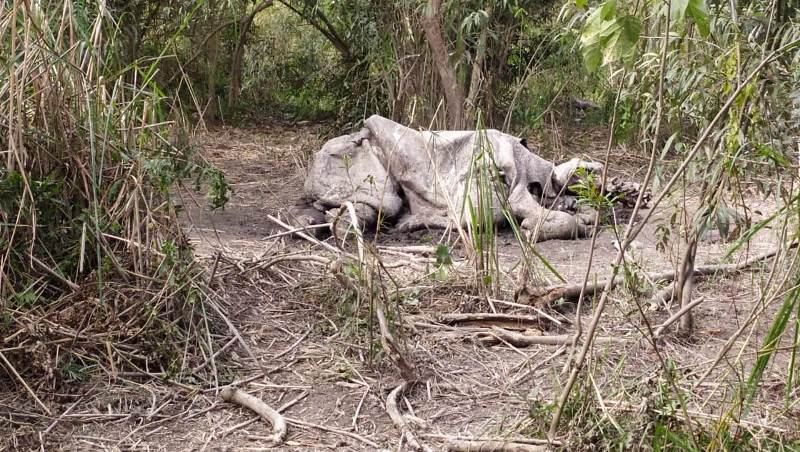 Guwahati/IBNS: After almost nine months, poachers have killed a one-horned rhino in Assam's Kaziranga National Park and took away its horn.

The staff of Hilekhonda camp under Kohora range of the national park on Thursday found the carcass of an adult rhino inside the park.

Kaziranga National Park Director P Sivakumar said that the place of occurrence was inside tall elephant grass about 1 km away from the camp.

"It is a poaching case and the horn was removed by the poacher. The rhino was an adult female. The time of death appears to be more than 15 days old," P Sivakumar said.

It is the first poaching incident in Kaziranga National Park.

Last year, Assam had witnessed only one rhino poaching incident.