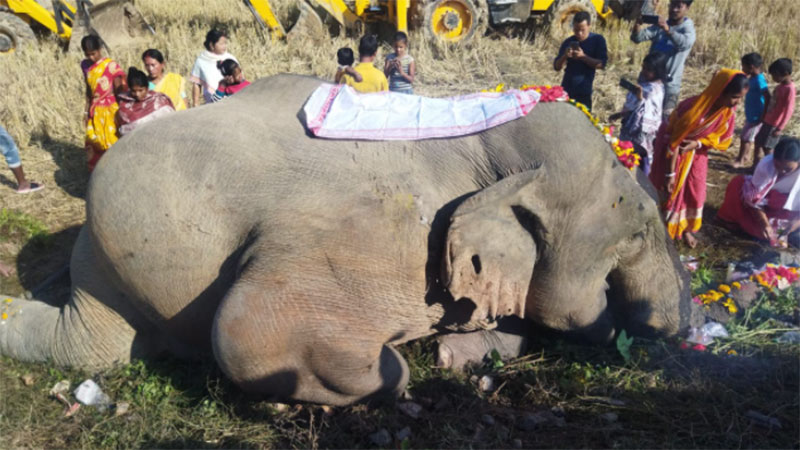 Assam: Two wild elephants killed after being hit by train at Khetri

Guwahati: Two wild elephants were killed after being hit by a train at Khetri area Assam’s Kamrup (Metro) district on Tuesday night.

The incident took place at Durung Moinajan area under Khetri police station while the wild elephants had tried to cross the railway track.

According to the reports, a herd of wild elephants came to the area for searching food.

Locals said that, the incident occurred at around 10 pm on Tuesday when a herd of elephants tried to cross the railway track, a speeding passenger hit two of them.

Locals also said that, a herd of elephants have regularly visited the area for searching food.