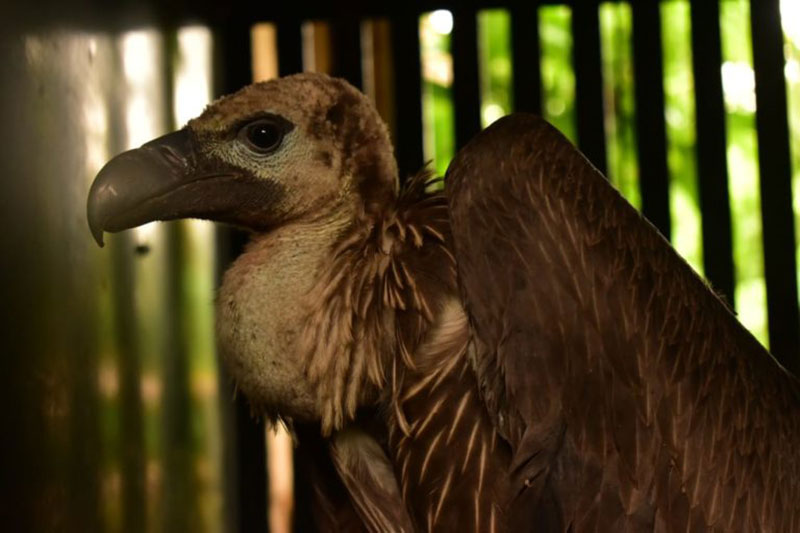 In the 1980s, India was home to around 40 million vultures. By 2017, it declined to 19,000. However, Chirgaon, a village in Maharashtra’s Raigad district, has been working on reviving its local vulture population. The village's vulture population has gone up from 22 in 1999-2000 to 249 this year. Mongabay-India writer Sneha Mahale  reports

In the 1980s, India was home to around 40 million vultures primarily belonging to three species – white-backed, long-billed and slender-billed. By 2017, that number had declined to 19,000. The sharp slide – as much as 90 percent in some species – prompted the government of India to launch the National Vulture Conservation Action Plan 2020-25 in 2019. The conservation plan looks to not just halt this decline but also actively increase the number of vultures in India by 2025.

“There are nine recorded species of vultures in India – the oriental white-backed, long-billed, slender-billed, Himalayan, red-headed, Egyptian, bearded, cinereous and the Eurasian griffon. Some are migratory, others are endemic to India. In the 80s, they were routinely seen in both cities and rural areas, often perched on trees, electric poles, cliffs and housetops, or feasting on dead carcasses on roads,” says Ajay Kamath, a wildlife researcher based in Mumbai.

By 2007, their numbers plummeted to near extinction. The crash was particularly catastrophic for three of India’s vulture species – the long-billed (Gyps indicus), the slender-billed (G. tenuirostris) and the white-rumped (G. bengalensis). “Apart from rapid habitat loss and starvation due to smaller foraging grounds, one main reason for the decline was poisoning by the diclofenac drug found in animal carcasses,” says Premsagar Mestri, founder of Society of Eco-Endangered Species Conservation And Protection (SEESCAP), an NGO that protects vultures.

The veterinary nonsteroidal anti-inflammatory drug is used to treat pain and inflammatory diseases such as gout — in carcasses that vultures would feed off. “Just 0.4-0.7 percent of animal carcasses contaminated with diclofenac was sufficient to decimate 99 percent of vulture populations,” said Prakash Javdekar, former Union Minister for Environment, Forests and Climate Change, in Parliament, while talking about the need for the Vulture Action Plan 2020-25. 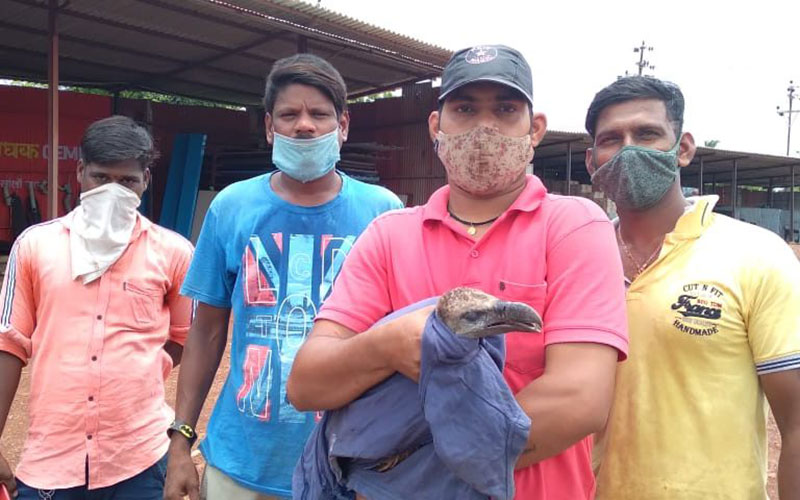 Like the rest of the country, in Chirgaon, too, the vulture population was on the decline at the time. Only 22 vultures belonging to two species that are typically found in the area – the white-rumped vulture and the long-billed vulture – were surviving on a handful of nests. SEESCAP’s Mestri, a native of Mahad in Raigad district, with the help of fellow bird enthusiasts and locals, initiated the process of identifying the cause for this fall in numbers. “We found that deforestation had resulted in the loss of habitat, especially when tall trees where vultures built their nests were cut down. It also reduced their foraging grounds, often leading to starvation. Vultures feed on dead animals and are nature’s cleansers. The state government’s policies, to bury or dispose of dead animals to keep villages clean, also had an impact on their numbers,” he says.

Another factor hindered the growth of their population. “Vultures breed once a year and produce one chick. If the chick fails to survive for any reason, an entire generation is lost,” says Kamath. Surprisingly, the team also found that the drug diclofenac had no role to play in their decline in the area.

Once the causes were identified, SEESCAP members started surveying the village and areas near it to identify areas that needed to be protected. Over the next five years, the organisation worked closely with the villagers to plan around 50,000 trees. “Getting the community involved was critical to ensure that these areas would remain protected and over time, serve as habitable zones for these critically endangered birds,” says Mestri. 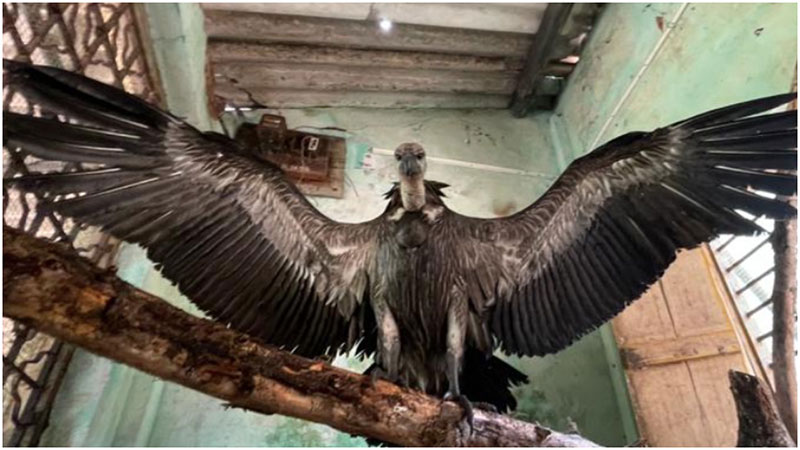 Vultures typically feed on dead animal carcasses. So, a network was established within the nearby villages to ensure that food was made available to them. “We requested anyone who spotted a carcass to inform us about it. Villagers also received remuneration for any cattle or animal handed over to us,” says Mestri. At the same time, awareness was created about the importance of vultures in the ecosystem and how having them was beneficial.

Villagers were taught to closely monitor the health of the vultures. Special attention was paid to breeding pairs and newborn chicks. “If we felt that the young chicks weren’t getting enough food, we bought meat from the nearby markets and left it in the feeding zone. If they fell from the nest while learning to fly, we rescued them and nurtured them. They were released only after they were two months old and weighed 2.5 kilos,” says Mestri. School children were also roped in to monitor vultures during the summer months when the team visited other areas in the region to survey the vulture population there.

Such interventions saw the vulture population in the region rise to 347 by 2019. Soon, bird enthusiasts began to frequent the area. Chirgaon found a place on the tourist map. As word spread about their conservation efforts, more villagers began helping out and the network grew. Other villages in the region also began to take vulture conservation seriously. 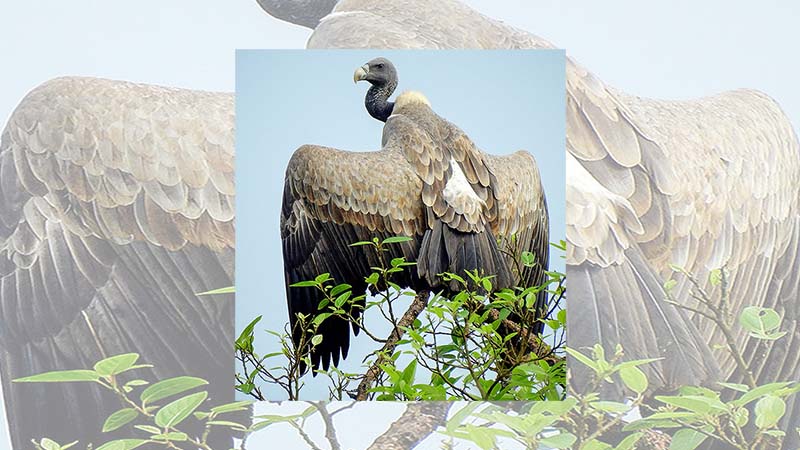 There have been setbacks though. When cyclone Nisarg hit the coasts of Maharashtra in 2019, large vulture habitats were damaged. Chicks were lost and their population declined to 247. COVID-19 also had an impact. “People stopped travelling during the first lockdown. Information on nests, carcasses or vultures that needed rescuing stopped coming in. It was a tough period,” says Mestri.

But conservation efforts persist. Chirgaon continues to bring in researchers, bird conservators and tourists from around India, all wanting to understand the work done. “The hope is that just like how the vulture population here has made a comeback, they will show similar resilience in other parts of the country with just a little intervention from us,” says Shweta Sharma, a wildlife enthusiast who travelled from Uttarakhand to Raigad to see the vulture population.