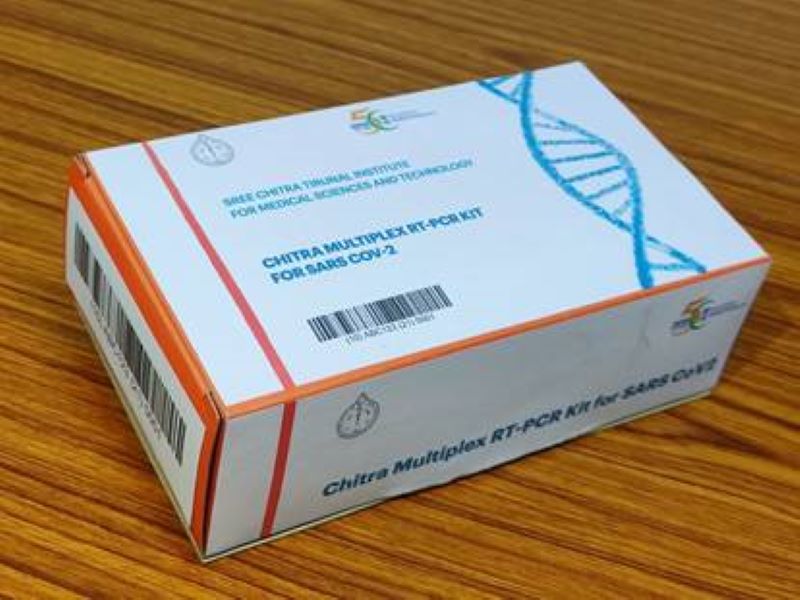 New Delhi/IBNS: Union health minister Dr Harsh Vardhan on Wednesday said a new RT-PCR kit has been developed which can detect various mutant strains of coronavirus with a sensitivity of 97.3 per cent and specificity of 100 per cent.

The new multiplex RT-PCR kit developed Sree Chitra Tirunal Institute for Medical Sciences and Technology (SCTIMST), an Institute of National Importance under the Department of Science and Technology targets two SARS CoV2 genes: RdRp and ORFb-nsp14, and the human RNAse P gene as the internal control to help detect a range of mutant strains, a government notification said.

Various studies have shown that RdRp and ORF1b-nsp14 genes are more sensitive in detecting Covid19.

In order to target the multiple variants in the second wave, using two highly accurate confirmatory genes like RdRp and ORF-nsp14, can give precise results.

The ORFb-nsp14 is one of the least mutated genes in Covid19 and currently, there are no kits in the market with ORF-nsp14 as the target.

The new kit is based on multiplex Taqman chemistry, amplifying all three genes in a single reaction, the government said.

"The amplification time for the assay is 45 minutes, apart from the time required for the RNA isolation from nasopharyngeal swab samples. Multiplexing two confirmatory genes will help shortlist possible new variants if one of the genes fails to amplify and can be marked for sequence analysis," the notification read.

ICMR has validated this kit at the National Institute of Virology, Pune, and found that it has 97.3 per cent sensitivity and 100 per cent specificity in covid19 detection.

SCTIMST has signed a non-exclusive license MoU with Huwel Lifesciences, Hyderabad, on May 14 to commercialize the kit.

“This unique RT-PCR kit will be a significant weapon in our fight against COVID-19 by a facile detection of SARS-CoV-2 mutations which are becoming increasingly important,” said Secretary, DST, Prof Ashutosh Sharma.