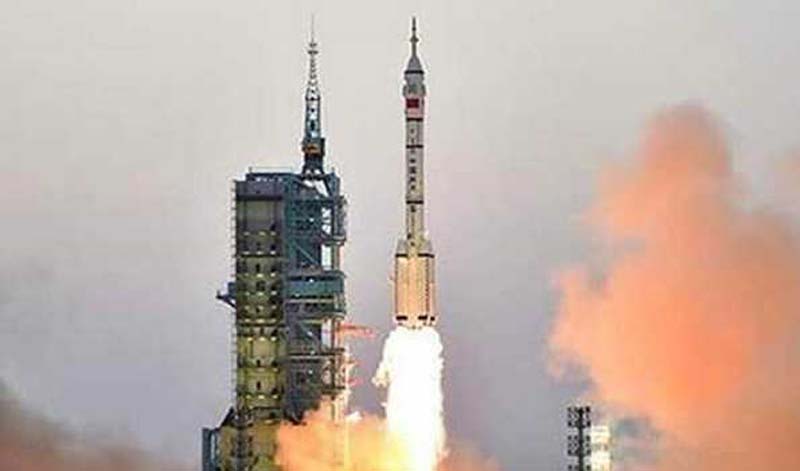 Washington/UNI: The second stage of China's Long March 5B heavy-lift carrier rocket launched with the main module for the country's orbital station last month is expected to fall in the Pacific Ocean on Sunday, according to the latest predictions from the US Air Force.

The spacecraft's stage is projected to re-enter the Earth's atmosphere at about 02:52 GMT on May 9, over the southern part of the Pacific Ocean not far from New Zealand, the estimates published by Space-Track.org show.

Earlier estimates indicated that the stage would re-enter the Earth's atmosphere between 0111 GMT on May 8 and 1911 GMT on May 9 over the same area.

Russia's Roscosmos state space agency, in turn, said on Friday that the second stage of the Long March 5B heavy-lift launch vehicle was likely to enter the Earth's atmosphere over the Pacific Ocean on May 9.

The vehicle was launched on April 29 from the Wenchang rocket launch site in China, carrying on board the Tianhe base module of Tiangong, the Asian country's future orbital station.

Chinese Foreign Ministry Spokesperson Wang Wenbin denied any danger from the rocket and told reporters: "It is common practice across the world for upper stages of rockets to burn up while reentering the atmosphere. On April 29, a Long March-5B Y2 rocket successfully sent into orbit the space station's core module Tianhe. China is following closely the upper stage's reentry into the atmosphere. To my knowledge, the upper stage of this rocket has been deactivated, which means that most of its parts will burn up upon reentry, making the likelihood of damage to aviation or ground facilities and activities extremely low. The competent authority will release relevant information in a timely manner."