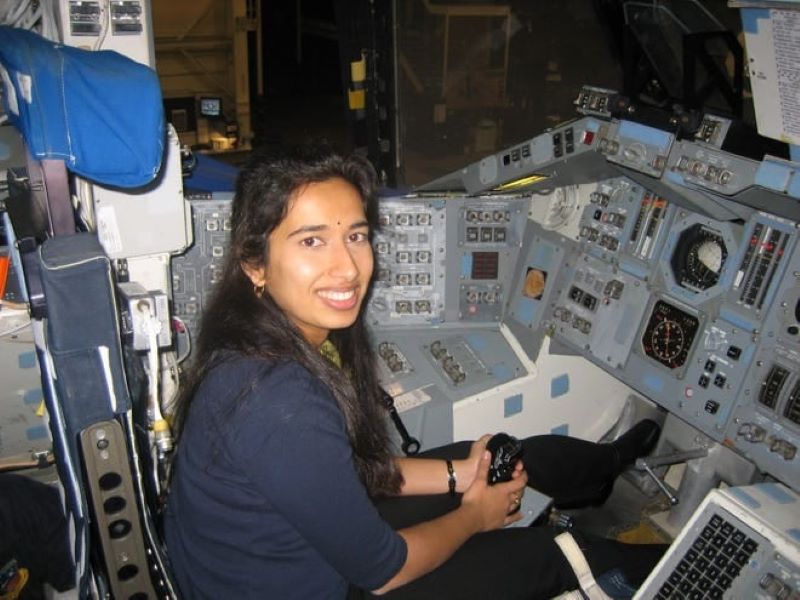 New Delhi/IBNS : Indian American scientist Swati Mohan, who led the guidance, navigation, and control operations of NASA's Perseverance Mars Rover, trended throughout Friday, as she confirmed the successful landing of the rover on the red planet at around 3:55 PM Eastern Time (2055 GMT) the day before.

"The operations lead Dr Swati Mohan has been associated with the Perseverance Mars mission since its inception and has been working on the project for over seven years. She has also worked on NASA - National Aeronautics and Space Administration’s Cassini mission to Saturn," US Embassy in India wrote in a Facebook post with hashtags  #IndianAmerican and #WomenInSTEM.

A video of the moment showed Mohan speaking in a calm and steady voice as her colleagues watched holding their breath.

As soon as she announced, "Touchdown confirmed ! Perseverance is safely on the surface of Mars, ready to begin seeking the signs of past life," her colleagues at NASA's Jet Propulsion Laboratory in Pasadena broke out into cheers.

In the video, Mohan can be seen sporting a small bindi and speaking from behind a mask with a rover insignia. The detail was soon picked up by social media and became a talking point.

The parachute has been deployed! @NASAPersevere is on her way to complete her #CountdownToMars: pic.twitter.com/i29Wb4rYlo

Dr Swati Mohan is one of the scientists of Indian origin, who are over a dozen, in NASA's Mars exploration team. She is the lead operations engineer of the Mars 2020 Guidance, Navigation, Guidance and Control, which is considered the "eyes and ears" of the spacecraft.

She emigrated to America as a one-year old with her parents and grew up in  Northern Virginia and Washington DC metro area.

Dr Mohan completed her bachelor's degree from Cornell University in Mechanical & Aerospace Engineering, and her M.S. and Ph.D from Massachusetts Institute of Technology (MIT) in Aeronautics/Astronautics though initially she wanted to be a pediatrician.

Her interest in space rose when she saw Star Trek on Television at the age of 9. However, at the time she did not know how to change her interest into her profession.

"I was lucky enough to have a great teacher, and everything was so understandable and easy. That was when I really considered engineering, as a way to pursue space," Dr Mohan was quoted as saying in the media. 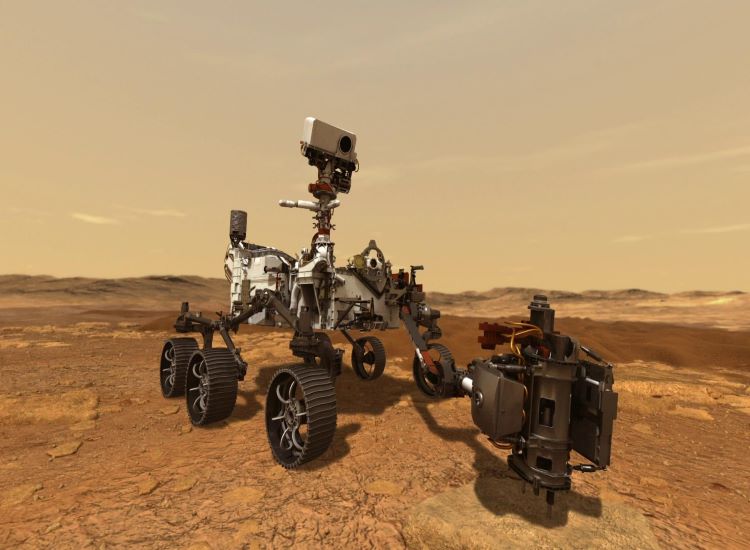 A NASA release said : “This landing is one of those pivotal moments for NASA, the United States, and space exploration globally – when we know we are on the cusp of discovery and sharpening our pencils, so to speak, to rewrite the textbooks,” said acting NASA Administrator Steve Jurczyk. “The Mars 2020 Perseverance mission embodies our nation’s spirit of persevering even in the most challenging of situations, inspiring, and advancing science and exploration. The mission itself personifies the human ideal of persevering toward the future and will help us prepare for human exploration of the Red Planet.”

About the size of a car, the 2,263-pound (1,026-kilogram) robotic geologist and astrobiologist will undergo several weeks of testing before it begins its two-year science investigation of Mars’ Jezero Crater. While the rover will investigate the rock and sediment of Jezero’s ancient lakebed and river delta to characterize the region’s geology and past climate, a fundamental part of its mission is astrobiology, including the search for signs of ancient microbial life. To that end, the Mars Sample Return campaign, being planned by NASA and ESA (European Space Agency), will allow scientists on Earth to study samples collected by Perseverance to search for definitive signs of past life using instruments too large and complex to send to the Red Planet.

“Because of today’s exciting events, the first pristine samples from carefully documented locations on another planet are another step closer to being returned to Earth,” said Thomas Zurbuchen, associate administrator for science at NASA. “Perseverance is the first step in bringing back rock and regolith from Mars. We don’t know what these pristine samples from Mars will tell us. But what they could tell us is monumental – including that life might have once existed beyond Earth.”

Some 28 miles (45 kilometers) wide, Jezero Crater sits on the western edge of Isidis Planitia, a giant impact basin just north of the Martian equator. Scientists have determined that 3.5 billion years ago the crater had its own river delta and was filled with water.

The power system that provides electricity and heat for Perseverance through its exploration of Jezero Crater is a Multi-Mission Radioisotope Thermoelectric Generator, or MMRTG. The U.S. Department of Energy (DOE) provided it to NASA through an ongoing partnership to develop power systems for civil space applications.

Equipped with seven primary science instruments, the most cameras ever sent to Mars, and its exquisitely complex sample caching system – the first of its kind sent into space – Perseverance will scour the Jezero region for fossilized remains of ancient microscopic Martian life, taking samples along the way.

“Perseverance is the most sophisticated robotic geologist ever made, but verifying that microscopic life once existed carries an enormous burden of proof,” said Lori Glaze, director of NASA’s Planetary Science Division. “While we’ll learn a lot with the great instruments we have aboard the rover, it may very well require the far more capable laboratories and instruments back here on Earth to tell us whether our samples carry evidence that Mars once harbored life.”