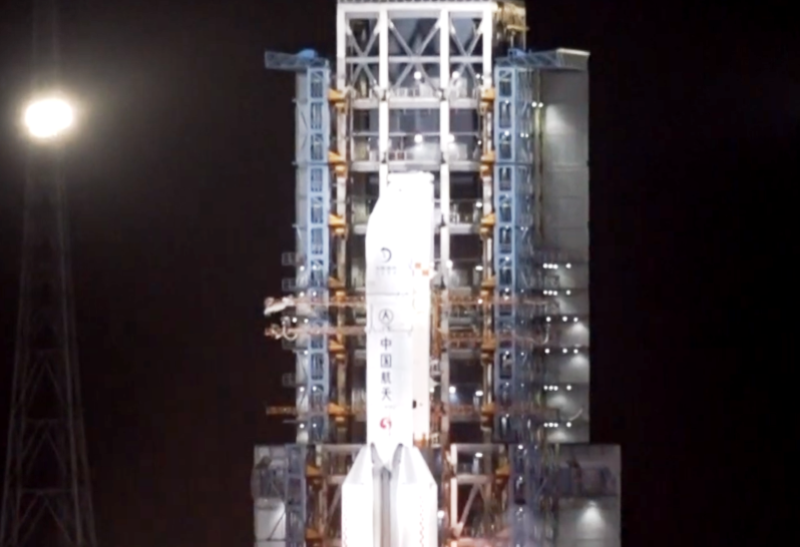 Beijing/UNI: Chinese probe Chang'e-5 made a successful landing on Tuesday in a designated area on the visible side of the Moon to collect lunar soil samples later, China Central Television (CCTV) reported.

The Chang'e-5 reentry vehicle was launched in the morning of November 24. It should collect samples of lunar soil and return with them to Earth.

The mission is designed to be completed in 23 days.

It is expected that the device will deliver about two kilograms of regolith to Earth.
This is the first spacecraft in 44 years to be sent for lunar soil.

If successful, China will become the third country after the United States and the Soviet Union to carry out such a mission.