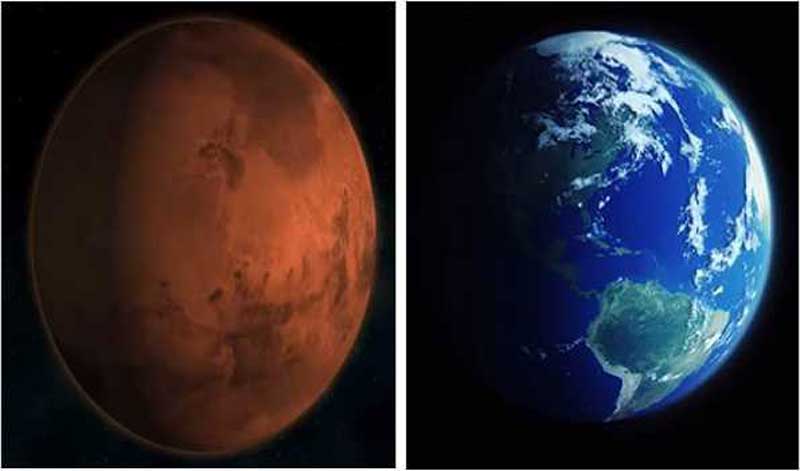 Hyderabad/UNI: Planet Mars will be closest and it can get to Earth on Tuesday.

Planetary Society of India (PSI) Director N Sri Raghunandan Kumar told UNI that this closest approach of Mars is due to a celestial phenomenon called “Mars Opposition to Sun” which occurs once in every 26 months.

He said on October 14 at 4.56 a.m, Mars will be at Opposition to Sun because of which Planet Mars will be Closest and it can get to earth in the next 13 years.

Due to this celestial phenomenon of opposition, Mars and Sun will be Opposite to each other and in a straight line from our perspective on earth.

Whenever a planet is at Opposition, it would be closest in its orbit to earth than any other time. Hence this year Mars will appear Closest, brightest and biggest (from Telescope),  Kumar said.