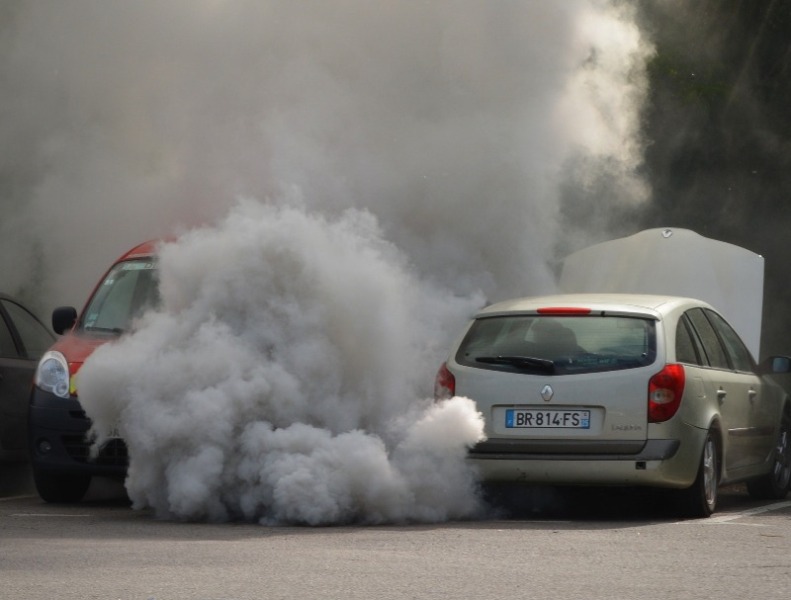 Birmingham/IBNS: Drivers and passengers can inhale significantly lower levels of air pollution by setting their vehicle’s ventilation systems more effectively and taking a ‘cleaner’ route to their destination, a new study reveals.

Outdoor air pollution is estimated to contribute to 40,000 deaths in Britain annually and an estimated 7 million deaths globally - linked to diseases ranging from lung cancer to stroke and respiratory infection.

Scientists at the University of Birmingham have found that – if vehicle ventilation is set correctly – drivers and passengers are exposed to up to 49 % less PM2.5 and 34 % less Nitrogen Dioxide (NO2) than the on-road levels. They have published their findings in the journal Atmospheric Environment.

Lead author Dr. Vasileios Matthaios, from the University of Birmingham, commented: “Exposure to air pollution within the vehicle depends upon both the ventilation setting and the type of route. The lowest exposure to particles and gases is when the windows are closed with recirculation and air conditioning switched on.

“Drivers and passengers inhale more air pollution when traveling on urban roads, followed by ring-roads and sub-urban roads. However, because concentrations inside a vehicle are lower and occupants are not as active, they inhale less air pollution than people cycling or walking on the same routes.”

Researchers explored within-vehicle levels of NO2 and PM2.5 under different vehicle ventilation settings and driving routes during real-world driving experiments around the city of Birmingham.

“Our findings show that vehicle passengers can modify their exposure and inhalation dose through ventilation setting and route choice - this may have significant health impacts upon the most exposed groups such as professional drivers,” Dr. Vasileios Matthaios added.

Increasing urbanisation together with growth in vehicle ownership and passenger-journeys have contributed to growth in traffic-related ambient air pollution.

Researchers noted that related health issues depend on an individual’s exposure to air pollution and the vulnerability of the individual to a given dose. This, in turn, depends on route selection, time of day, transport type, respiration rate and, in the case of vehicles, ventilation options and efficacy and type of cabin filters.

As part of the MMAP-VEX project ‘Measuring and Modelling Air Pollution Within Vehicles – Implications for daily EXposure and Human Health’, University of Birmingham researchers will further investigate other aspects that affect within vehicle air pollution under real world driving conditions, including: