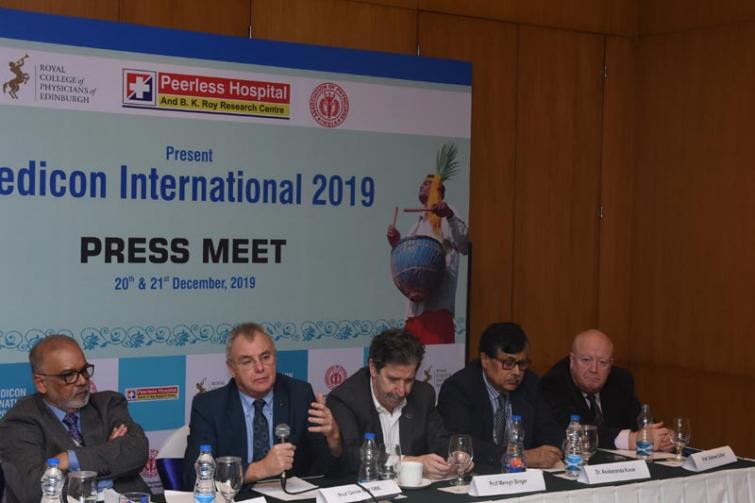 Kolkata/IBNS: The two-day Medicon International conference started in Kolkata from Friday with the promise of promoting  high impact learning in the field of general broad-based medicine in India and the recent advances made in the sector by eminent medical professionals both from India and United Kingdom in their fields of expertise.

This is the sixth edition of the annual event which is widely accepted by medical fraternity.

This conference is being organised jointly by Peerless Hospital and BK Roy Foundation, Kolkata with Royal College of Physicians, Edinburgh and West Bengal Chapter of Association of Physicians of India.

Medicon International is an international medical conference being hosted for the sixth consecutive year in Kolkata that has become an annual event with wide acceptance in the medical fraternity.

Speaking on the event, Dr. Sujit Kar Purkayastha, Patron of the Medicon Interational organising committee, said: "The main objective of the conference is to transfer knowledge.".

"The knowledge in medical science is constantly changing and we are getting it from national and international experts here that are being briefed to trainees, specialists and practitioners in the state," he said.

Highlighting the need for communication between doctors and patients, Medicon International organising committee President Dr. Asokananda Konar said: "Explanation, discussion are the key answers to anything. We should always have the time to discuss the needed information with your patients."

The conference has attempted to highlight one or two areas of medicine every year and this year the emphasis has been on critical care and respiratory medicine.

During the conference, Prof. Mervyn Singer, an authority on critical care, from University College of London will update on sepsis and multi-organ failure which is a big killer around the globe.

He is also going to discuss the physiological approach to managing acute heart failure.

Speaking on India, he said: "India has advanced in medical science rapidly. It is really encouraging to see it."

Prof. Derek Bell, President of the Royal College of Physicians, Edinburgh is attending the event this year and will deliver the “second Prof Shyamal Sen Memorial Oration” this year and his topic is Clinical Skills in 21st century, a subject we are fast ignoring in the wave of technology explosion.

"In medicine, we need to share knowledge. In a conference like this we can debate on crucial issues," he said.

Prof. Arunaloke Chakraborty, a global expert on the subject, is going to talk about management of challenging fungal infections in ICU. 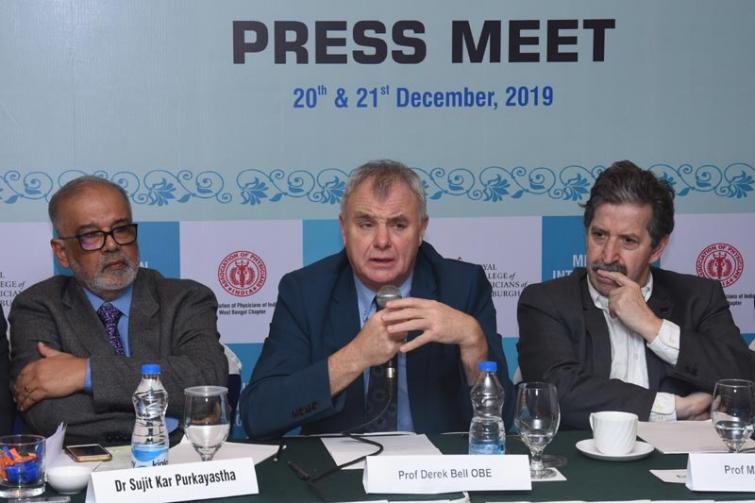 Dr Gourab Choudhury, the young pulmonologist, who has made a mark in management of Chronic Obstructive Pulmonary Disease (COPD) and is the lead Clinician on the subject in Scotland, will give his views on where we are on COPD and where we are heading.

Prof David Collier, an expert on Diabetes and Metabolic diseases, will elaborate on role of bariatric surgery in ever increasing population of overweight diabetics. He will also give an update on optimum management of type 2 Diabetes Mellitus which has now reached epidemic proportion in India. 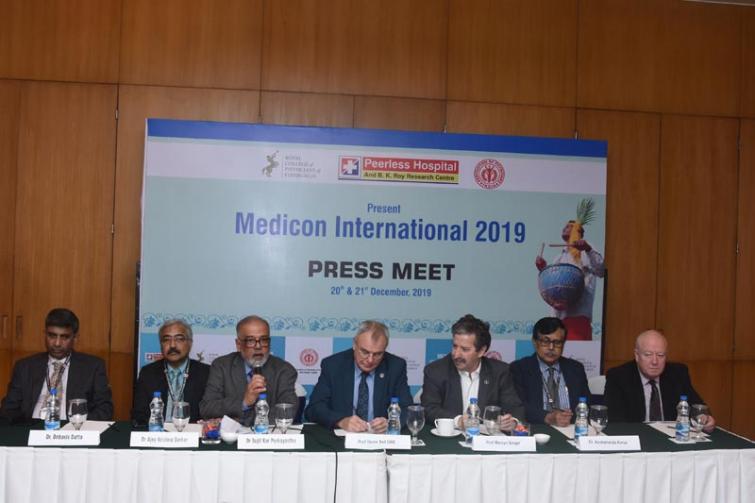 Padmabhusan Dr.Nageswar Reddy, noted Gastroenterologist, from Asian Institute Gastroenterology, Hyderabad will narrate the new endoscopic approach to managing metabolic disease and Prof. Vineet.Ahuja from AIIMS, New Delhi will deliberate on gut microflora which is a hot research area in modern-day medicine and which holds much promise. Prof Supratik Basu from the UK, one of the leading experts on Myeloma internationally, is delivering a lecture on the current perspective.

Besides the scientific talks, there will be a Fellowship enrolment ceremony by Prof Derek Bell to welcome all the new Fellows of Royal college of Physicians, Edinburgh, avoiding the need for the new fellows to travel to Edinburgh to attend formal ceremony there.

This promotes bondage between Indian doctors and UK physicians to learn from each other.