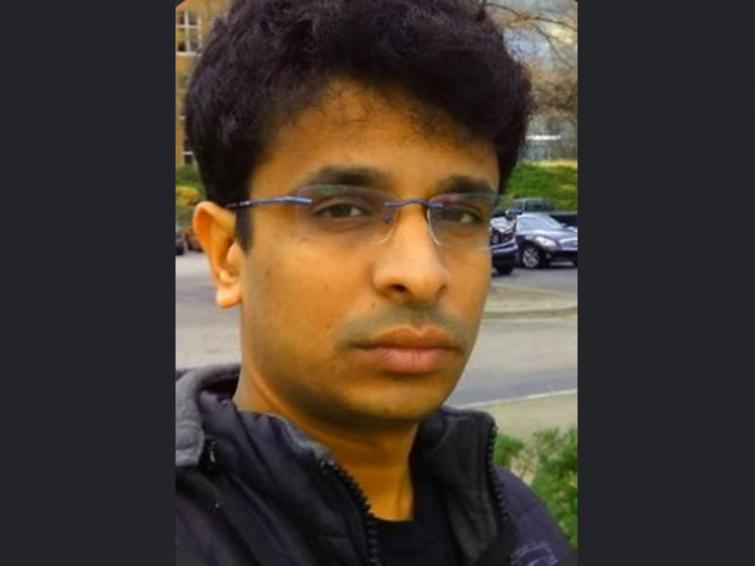 New Delhi/IBNS:  A tweet by Chennai-based engineer Shanmuga Subramanian, where he shared that US space agency NASA has credited him for finding Vikram Lander on Moon's surface, has gone viral on the micro-blogging site.

It has also earned 1600 comments till the report was filed.

NASA on Tuesday said its satellite orbiting the Moon has found debris of Vikram lander of Chandrayaan-2  which had crashed on the lunar surface in September.

NASA also shared an image that showed the impact site of the lander.

The US space agency identified Chennai-based engineer Shanmuga Subramanian who had spent hours comparing before and after images of the landing site and helped in the  positive identification of debris.

The Chandrayaan 2 Vikram lander was targeted for a highland smooth plain about 600 kilometers from the south pole; unfortunately the Indian Space Research Organisation (ISRO) lost contact with their lander shortly before the scheduled touchdown (Sept. 7 in India, Sept. 6 in the United States).  Despite the loss, getting that close to the surface was an amazing achievement, NASA said.

The Lunar Reconnaissance Orbiter Camera team released the first mosaic (acquired Sept. 17) of the site on Sept. 26 and many people have downloaded the mosaic to search for signs of Vikram, read the NASA website.

Shanmuga Subramanian contacted the LRO project with a positive identification of debris.

After receiving this tip, the LROC team confirmed the identification by comparing before and after images.

When the images for the first mosaic were acquired the impact point was poorly illuminated and thus not easily identifiable.

The debris first located by Shanmuga is about 750 meters northwest of the main crash site and was a single bright pixel identification in that first mosaic (1.3 meter pixels, 84° incidence angle).

The November mosaic shows best the impact crater, ray and extensive debris field. The three largest pieces of debris are each about 2x2 pixels and cast a one pixel shadow.

Meanwhile, Subramanian said he always had passion for space science.

"I worked hard tracking the intended path of Vikram lander," Subramanian told NDTV. "I am excited. It was lots of hard work. I've always had a passion for space science. I would never miss a launch," the space enthusiast said.