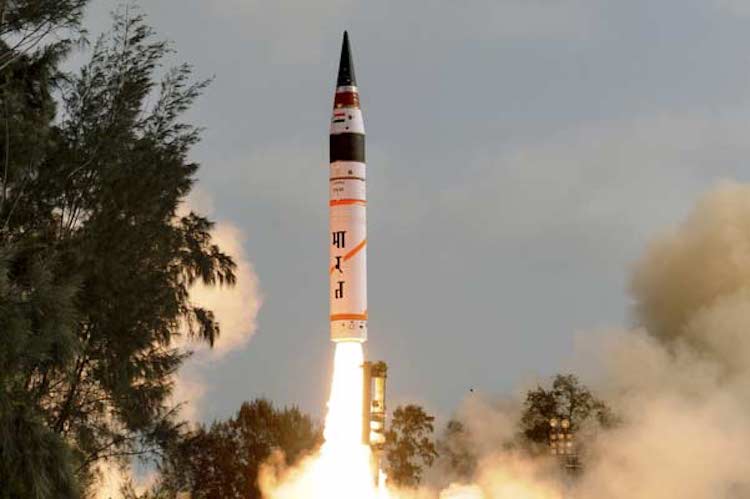 The two-stage surface-to-surface missile, powered by solid propellants was test fired at 1932 hours by the Strategic Force Command of Indian Army.

The test known as the "training user-trial'' of Agni-II would give the Army requisite confidence and capability to fire the surface-to-surface missile on its own without the
help of defence scientists.

The missile had already been inducted into the Army in 2004 and will be used by 555th missile group of the army.

Agni-II has the capability to carry a nuclear warhead weighing up to one tonne. The 20 meters long missile has been designed and developed by the Advanced Systems
Laboratory, a unit of the DRDO, in Hyderabad.

The missile was part of the Integrated Guided Missile Development Program (IGMDP) and has appropriate on-board thrusters fitted on the second stage of the missile.
Both stages of Agni-II have a solid population system, which facilitated the missile to be mobile and flexible.

Defence sources said the Agni-II carrying a payload of around 1,000 kg,could also neutralize a target at over 2,000 km range.The striking range could also be increased
to 3,000 km depending upon the payload.