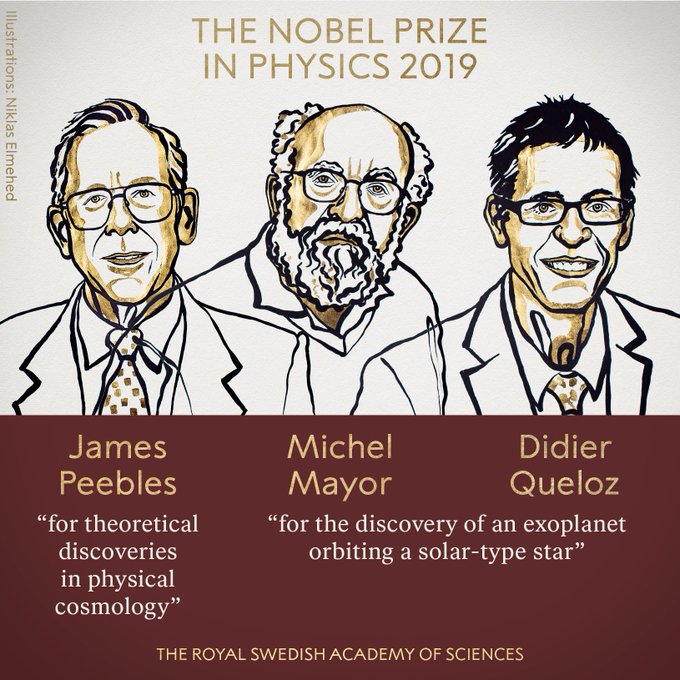 New York:  Three scientists have been awarded the 2019 Nobel Prize in Physics for making "for contributions to our understanding of the evolution of the universe and Earth's place in the cosmos".

The three scientists were identified as James Peebles, Michel Mayor and Didier Queloz.

Reacting to the news, Prof Queloz told BBC News: "It's unbelievable," adding: "Since the discovery 25 years ago, everyone kept telling me: 'It's a Nobel Prize discovery'. And I say: 'Oh yeah, yeah, maybe, whatever.'"

But in the intervening years, he more-or-less "forgot" about the discovery: "I don't even think about it," he said. "So frankly, yes, it came as a surprise to me. I understand the impact of the discovery, but there's such great physics being done in the world, I thought, it's not for us, we will never have it.