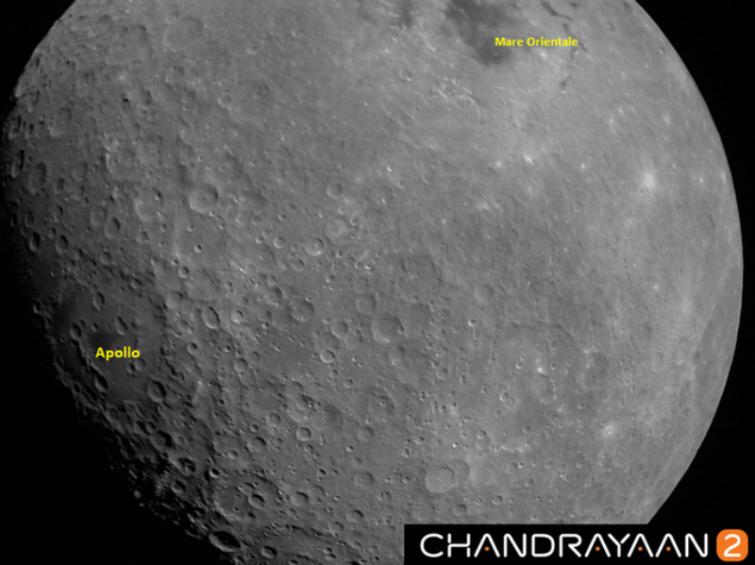 Bengaluru: While India waited with bated breath to watch live the landing of Chandrayaan 2 on lunar surface, disappointment greeted them in the wee hours of Saturday when ISRO Chairman after tense moments said they have lost communication with Lander Vikram at the last stage (2.1 km above the Moon's surface). It cannot be said if the mission is a complete failure at this stage as ISRO scientists hope for a miracle.

"VikramLander descent was as planned and normal performance was observed up to an altitude of 2.1 km. Subsequently, communication from Lander to the ground stations was lost. Data is being analyzed," said a rather grim-faced Indian Space Research Organisation (ISRO) Chief K Sivan.

This is Mission Control Centre. #VikramLander descent was as planned and normal performance was observed up to an altitude of 2.1 km. Subsequently, communication from Lander to the ground stations was lost. Data is being analyzed.#ISRO

Cheering up, PM Modi present at the control room told the scientists: "I am with you."  "Country is proud of you. Congratulations from my side. You have done a great service to the country and to humankind. Your efforts will go on and I am completely with you," said the PM. 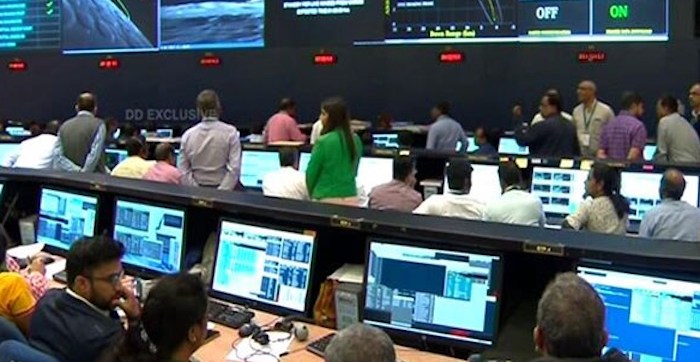 India is proud of our scientists! They’ve given their best and have always made India proud. These are moments to be courageous, and courageous we will be!

Chairman @isro gave updates on Chandrayaan-2. We remain hopeful and will continue working hard on our space programme.

India was expecting to script a space history by becoming the first nation to reach closest to the Moon's south pole.

India remained glued to the television sets and internet and platforms on social media to watch the proud moment live while at the ISRO (Indian Space Research Organisation) mission control room  in Bengaluru, Prime Minister Narendra Modi, India's galaxy of space scientists and some 70-odd students from across the country and even Bhutan were present to witness the event.

The Chandrayaan 2  soft landing on the lunar surface was to occur at 1:55 am on Saturday.