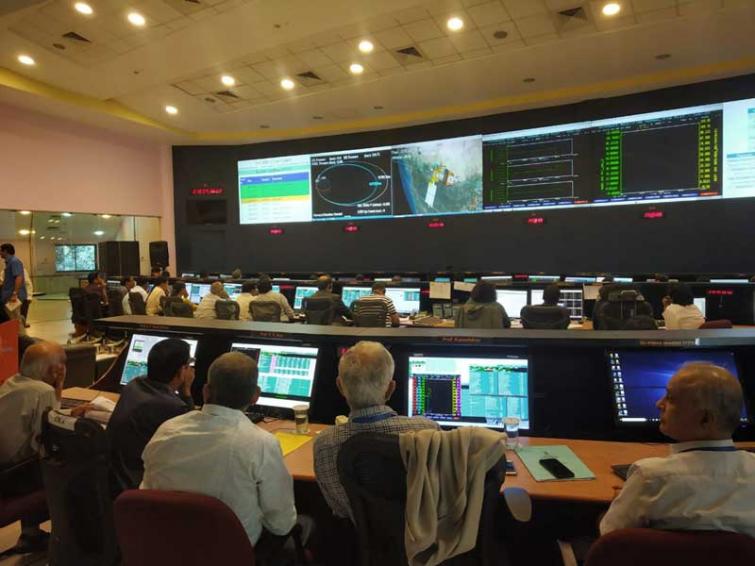 Chennai: Two days after Lander Vikram got separated from Orbiter, the second de-orbiting manoeuver for Chandrayaan-2 was performed successfully on Wednesday as the spacecraft inched further closer for a soft landing on an hitherto unexplored frontier, the Moon's South Polar region on September seven.

ISRO in its update said the second de-orbiting manoeuver for Chandrayaan-2 spacecraft was performed successfully today beginning at 0342 hrs as planned, using the onboard propulsion system.

The duration of the maneuver was nine seconds.

Chandrayaan-2 Orbiter continues to orbit the Moon at 96 x 125 km and both the Orbiter and Lander are healthy.

With this manoeuver, the required orbit for the Vikram Lander to commence it descent towards the surface of the Moon is achieved.

The Lander is scheduled to powered descent between 0100 hrs and 0200 hrs on September 7, which is then followed by touch down of Lander between 0130 hrs and 0230 hrs.