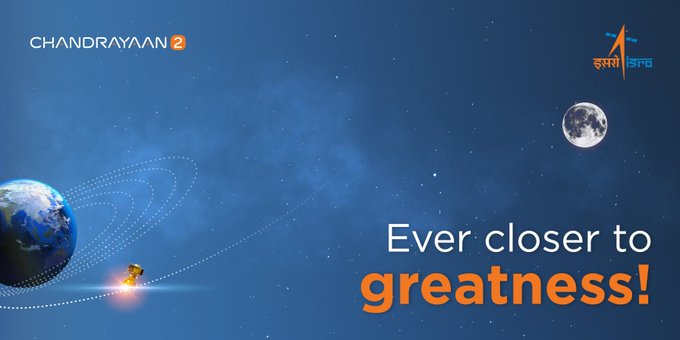 New Delhi, Aug 14 (IBNS): India's major lunar mission Chandrayaan 2 left the Earth's body and is now heading towards  the moon after a maneuver performed by the Indian Space Research Organisation.

"Today (August 14, 2019) after the Trans Lunar Insertion (TLI) maneuver operation, #Chandrayaan2 will depart from Earth's orbit and move towards the Moon," ISRO tweeted.

Here's the view of Control Centre at ISTRAC, Bengaluru pic.twitter.com/dp5oNZiLoL

Chandrayaan-2 was launched on July 22 from the SHAR Range at Sriharikota, for its 3.844 lakh km, month-long journey for a soft landing on the Moon's South Pole.

Weighing 3,850 kg, Chandrayaan-2 is the country's second lunar mission to the little-explored south pole of the Moon with an aim to search for water and minerals among other scientific quests.

Chandrayaan-2 is carrying an Orbiter, Lander (Vikram) and Rover (Pragyan).