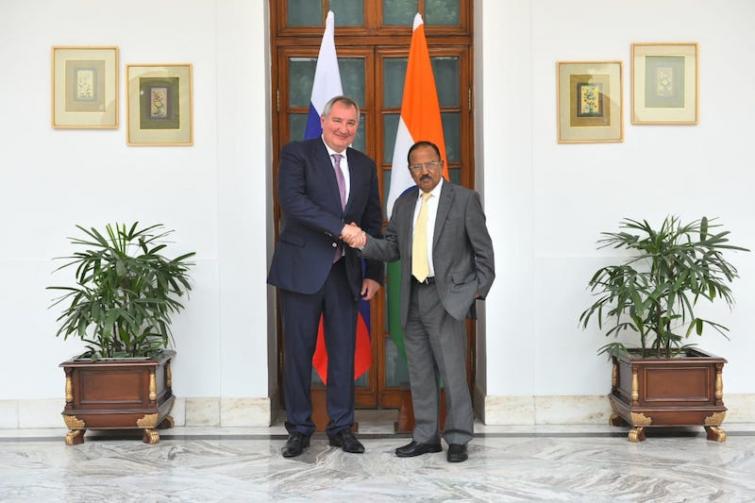 Both sides agreed to take a strategic approach to elevate bilateral cooperation to the next level keeping in mind the special and privileged partnership and India’s priorities such as Make in India programme.The possibilities for production of space systems in India were an important part of the discussions.Cooperation in futuristic technologies including new space systems, rocket engines, propellants and propulsion systems, spacecrafts and launch vehicle technology were also discussed.

There have been frequent contacts between the two space agencies to finalise the details of the Gaganyaan Mission, which will carry Indian astronaut to space in 2022, to coincide with India’s 75thanniversary of Independence. Russia has promised all assistance for India’s Human Space Flight Mission Gaganyaan.Details regarding cooperation for the Gaganyaan Mission were discussed.

In addition, the Russian side stated that they would like to see India participate in the International Space Station, and offered its full support for this purpose.

Cooperation in space has emerged as a key area of cooperation in the high technology sector between India and Russia. Today, there is new respect for India’s rapidly growing capabilities in outer space, and Russia sees India as a key partner for promoting peaceful uses of outer space.