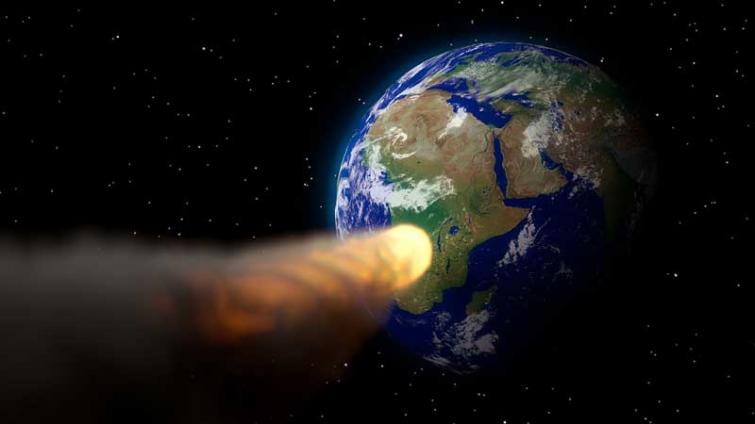 Los Angeles, Jul 8 (Xinhua/UNI) Astronomers have spotted an unusual asteroid with the shortest "year" known for such an object, according to a release by California Institute of Technology (Caltech) on Monday.

The rocky body, dubbed 2019 LF6, is about one km in size and circles the sun roughly every 151 days.

In its orbit, the asteroid swings out beyond Venus and, at times, comes closer in than Mercury, which circles the sun every 88 days, according to the release.

2019 LF6 is one of only 20 known "Atira" asteroids, whose orbits fall entirely within Earth's.

"Thirty years ago, people started organizing methodical asteroid searches, finding larger objects first, but now that most of them have been found, the bigger ones are rare birds," he said.

"LF6 is very unusual both in orbit and in size-its unique orbit explains why such a large asteroid eluded several decades of careful searches," he said.

2019 LF6 was discovered via the Zwicky Transient Facility(ZTF), a state-of-the-art camera at the Palomar Observatory that scans the skies every night for transient objects, such as exploding and flashing stars and moving asteroids.

"We only have about 20 to 30 minutes before sunrise or after sunset to find these asteroids," Ye said.
To find the Atira asteroids, the ZTF team has been carrying out a dedicated observing campaign, named Twilight after the time of day best suited for discovering the objects.

In addition to the Atira objects, ZTF has so far found around 100 near-Earth asteroids and about 2,000 asteroids orbiting in the Main Belt between Mars and Jupiter, according to the release.