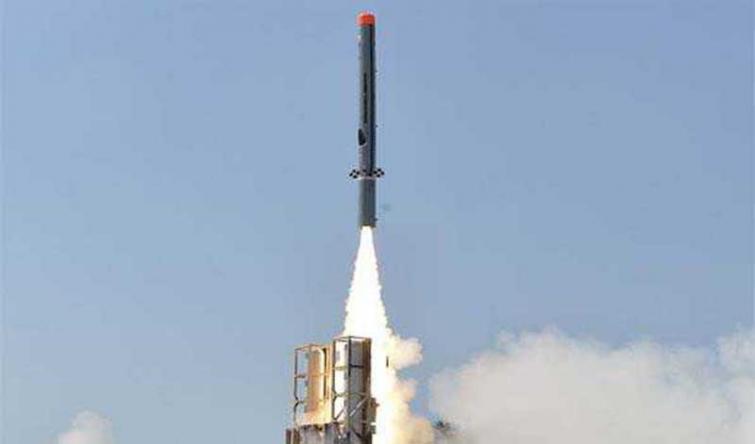 ITR sources said the missile was test fired from the launch complex 3 at about 1145 hours and the two-stage Nirbhay took a unique trajectory in its entire path to the target.

Being a terrain hugging missile, Nirbhaya is difficult to detect by the enemy's radars. The missile keeps on encircling the area of its target for several minutes and then hits the 'bull's eye' at an opportune time.

Capable of carrying multiple payloads, the missile can engage several targets in a single flight. The missile could be launched from various kinds of platforms, ranging from surface lorry to a ship, from air and even from underwater vessels.

The nuclear-capable, missile reaching speeds of 0.6-0.7 Mach and can strike land targets at a distance of up to 1,000 kms.

The last successful test launch of the missile took place at the Integrated Test Range on Abdul Kalam Island off the coast of Odisha in November 7,2017.

DRDO sources said the missile has the capability to loiter and cruise at 0.7 Mach, at altitudes as low as 100 m. The flight test achieved all the mission objectives completely from lift-off till the final splash, boosting the confidence of all scientists associated with the trial.

The guidance, control and navigation system of the missile is configured around the indigenously designed Ring Laser Gyroscope (RLG) and MEMS based Inertial Navigation System (INS) along with GPS system.