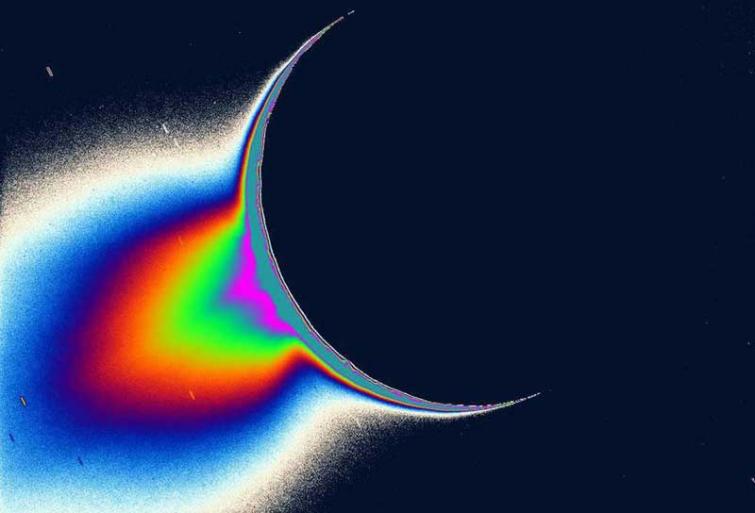 Washington, Feb 28 (IBNS): Scientists have reproduced in the lab how the ingredients for life could have formed deep in the ocean 4 billion years ago. The results of the new study offer clues to how life started on Earth and where else in the cosmos we might find it.

Astrobiologist Laurie Barge and her team at NASA's Jet Propulsion Laboratory in Pasadena, California, are working to recognize life on other planets by studying the origins of life here on Earth. Their research focuses on how the building blocks of life form in hydrothermal vents on the ocean floor.

To re-create hydrothermal vents in the lab, the team made their own miniature seafloors by filling beakers with mixtures that mimic Earth's primordial ocean. These lab-based oceans act as nurseries for amino acids, organic compounds that are essential for life as we know it. Like Lego blocks, amino acids build on one another to form proteins, which make up all living things.

"Understanding how far you can go with just organics and minerals before you have an actual cell is really important for understanding what types of environments life could emerge from," said Barge, the lead investigator and the first author on the new study, published in the journal Proceedings of the National Academy of Sciences. "Also, investigating how things like the atmosphere, the ocean and the minerals in the vents all impact this can help you understand how likely this is to have occurred on another planet."

Found around cracks in the seafloor, hydrothermal vents are places where natural chimneys form, releasing fluid heated below Earth's crust. When these chimneys interact with the seawater around them, they create an environment that is in constant flux, which is necessary for life to evolve and change. This dark, warm environment fed by chemical energy from Earth may be the key to how life could form on worlds farther out in our solar system, far from the heat of the Sun.

"If we have these hydrothermal vents here on Earth, possibly similar reactions could occur on other planets," said JPL's Erika Flores, co-author of the new study.

They combined water, minerals and the "precursor" molecules pyruvate and ammonia, which are needed to start the formation of amino acids.

They tested their hypothesis by heating the solution to 158 degrees Fahrenheit (70 degrees Celsius) — the same temperature found near a hydrothermal vent — and adjusting the pH to mimic the alkaline environment.

They also removed the oxygen from the mixture because, unlike today, early Earth had very little oxygen in its ocean. The team additionally used the mineral iron hydroxide, or "green rust," which was abundant on early Earth.

The green rust reacted with small amounts of oxygen that the team injected into the solution, producing the amino acid alanine and the alpha hydroxy acid lactate. Alpha hydroxy acids are byproducts of amino acid reactions, but some scientists theorize they too could combine to form more complex organic molecules that could lead to life, read the NASA website.

"We've shown that in geological conditions similar to early Earth, and maybe to other planets, we can form amino acids and alpha hydroxy acids from a simple reaction under mild conditions that would have existed on the seafloor," said Barge.

Barge's creation of amino acids and alpha hydroxy acids in the lab is the culmination of nine years of research into the origins of life. Past studies, which built on the foundational work of co-author and JPL chemist Michael Russell, looked at whether the right ingredients for life are found in hydrothermal vents, and how much energy those vents can generate (enough to power a light bulb).

But this new study is the first time her team has watched an environment very similar to a hydrothermal vent drive an organic reaction. Barge and her team will continue to study these reactions in anticipation of finding more ingredients for life and creating more complex molecules. Step by step, she's slowly inching her way up the chain of life.

This line of research is important as scientists study worlds in our solar system and beyond that may host habitable environments. Jupiter's moon Europa and Saturn's moon Enceladus, for example, could have hydrothermal vents in oceans beneath their icy crusts. Understanding how life could start in an ocean without sunlight would assist scientists in designing future exploration missions, as well as experiments that could dig under the ice to search for evidence of amino acids or other biological molecules.

Future Mars missions could return samples from the Red Planet's rusty surface, which may reveal evidence of amino acids formed by iron minerals and ancient water. Exoplanets — worlds beyond our reach but still within the realm of our telescopes — may have signatures of life in their atmospheres that could be revealed in the future.

"We don't have concrete evidence of life elsewhere yet," said Barge. "But understanding the conditions that are required for life's origin can help narrow down the places that we think life could exist."

This research was supported by the NASA Astrobiology Institute's JPL Icy Worlds team.