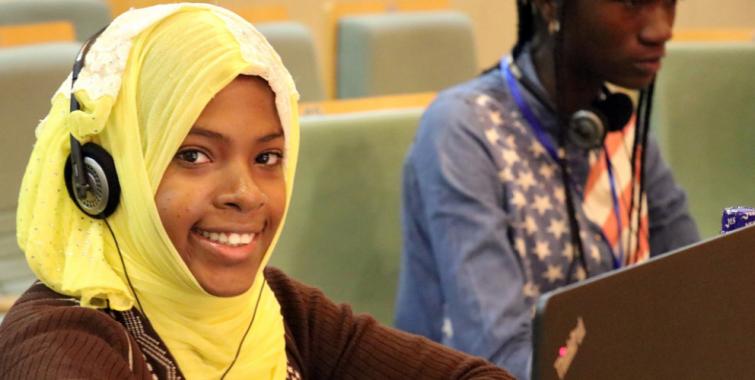 New York, Feb 12 (IBNS): Boosting the number of women and girls entering careers involving STEM (Science, Technology, Engineering and Maths) is vital to achieving the Sustainable Development Goals, UN chief António Guterres said on Monday, in a message to mark the International Day of Women and Girls in Science.

However, women and girls remain “woefully under-represented”, said the Secretary-General, for reasons that include gender stereotyping, a lack of visible role models and unsupportive - or even hostile - policies and environments, at a national level.

The Secretary-General called for concerted efforts to overcome these obstacles, tackle misconceptions about girls’ abilities, and promote access to learning opportunities for women and girls, particularly in rural areas.

The International Day was established in 2015, following the adoption of a General Assembly resolution, signalling the international community’s interest in achieving equality and gender-parity in science for sustainable development, and recognizing that full access and participation in STEM subjects is imperative for the empowerment of women and girls.

The 2019 theme of the Day is “Investment in Women and Girls for Inclusive Green Growth,” and a two-day event began on Monday at UN Headquarters in New York, bringing together global experts and leaders to evaluate the economic and social impact of women’s participation in science-based sustainable development programmes.

The event featured a high-level panel focusing on the public-sector financing of science for green growth, investment to attract and retain high calibre women in science, and financing to ensure gender equality in science.

The second day of the event, will discuss the factors that influence whether girls choose STEM subjects, as they transition from school to higher education: UN data shows that only around 30 per cent of female students select STEM-related fields in higher education.

There will also be a panel convened by young change-makers and passionate advocates for girls in science from around the world, which aims to give girls the chance to gain core leadership skills, and the opportunity to present a vision for the use of science, to achieve sustainable development goals.

Organizations and UN agencies across the world, led by UN Women and the UN Educational, Scientific and Cultural Organization (UNESCO), have been commemorating the International Day through various events, articles and videos.

The International Atomic Energy Agency (IAEA) released a video on Monday to coincide with the Day, in which eight successful nuclear scientists are asked how their gender has affected their career, highlighting the bias and prejudice that still exists in the industry.