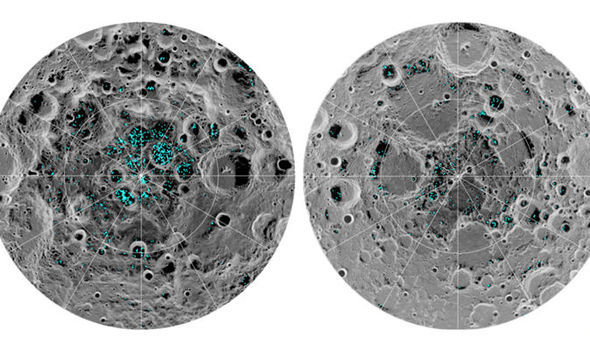 Ottawa, Aug 23 (IBNS): National Aeronautics and Space Administration (NASA) recently confirmed an abundance of water on the Moon situated in hundreds of patches of ice deposited in the north and south poles, media reports said.

This discovery led NASA chiefs to believe that it would not only mean there could be lifetimes worth of drinking water already on the Moon for humans' lunar settlement and space exploration but it could help with producing more rocket fuel and oxygen to breathe.

It could also mean, NASA chiefs said, the Moon could be used as a pit stop on their way into deep space.

NASA, reportedly responsible for the civilian space program, as well as aeronautics and aerospace research is an independent agency of the executive branch of the federal government of the United States.

NASA Administrator Jim Bridenstine reportedly said that the presence of water renewed hopes of  human exploration of the Moon itself.

The hope is to use the water for rocket fuel so NASA can send rockets and other space vehicles that could be used again and again.

However, NASA lunar scientist Dr. Sarah Noble said  that experts were still unsure exactly how much water there is on the Moon.

She said: “We have lots of models that give us different answers. We can’t know how much water there is.”

The next step, Noble said, was to send robotic rovers or landers to the lunar satellite to discover the exact amount of water.