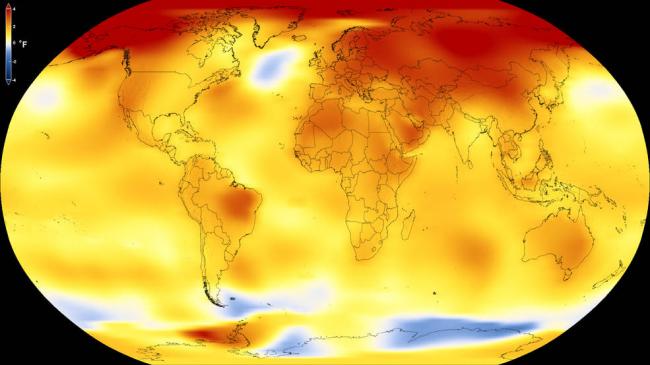 London, Jan 31 (IBNS): New projections by researchers from the Universities of Liverpool and Southampton, and the Australian National University in Canberra, could be the catalyst the world has sought to determine how best to meet its obligations to reduce carbon emissions and better manage global warming as defined by the Paris Agreement.

In their latest paper, published in the February issue of Nature Geoscience,Professor Ric Williams from the University of Liverpool and Dr Philip Goodwinfrom the University of Southampton have projected that if immediate action isn’t taken, the earth’s global average temperature is likely to rise to 1.5°C above the period before the industrial revolution within the next 17-18 years, and to 2.0°C in 35-41 years respectively if the carbon emission rate remains at its present-day value.

Professor Williams, Chair in Ocean Sciences at Liverpool, said: “This study is important by providing a narrower window of how much carbon we may emit before reaching 1.5°C or 2°C warming.

“There is a real need to take action now in developing and adopting the new technologies to move to a more carbon-efficient or carbon-neutral future as we only have a limited window before reaching these warming targets.”

Dr Goodwin, Lecturer in Oceanography and Climate at Southampton, added: “Immediate action is required to develop a carbon-neutral or carbon-negative future or, alternatively, prepare adaptation strategies for the effects of a warmer climate,”

“Our latest research uses a combination of a model and historical data to constrain estimates of how long we have until 1.5°C or 2°C warming occurs. We’ve narrowed the uncertainty in surface warming projections by generating thousands of climate simulations that each closely match observational records for nine key climate metrics, including warming and ocean heat content.”

This work is particularly timely given the work this year of the Intergovernmental Panel on Climate Change (IPCC) to develop a Special Report on the Impacts of global warming of 1.5oC above pre-industrial levels.

Through their previous research published in December 2014, Professor Williams and Dr Goodwin were able to provide a single equation connecting global warming to the amount of carbon emitted, warning of the detrimental effects of the nearly irreversible nature of carbon emissions for global warming.

This latest research reinforces their previous conclusions that “the more cumulative carbon emissions are allowed to increase, the more global surface warming will also increase. This policy implication reinforces the need to develop carbon capture techniques to limit the warming for the next generations.”