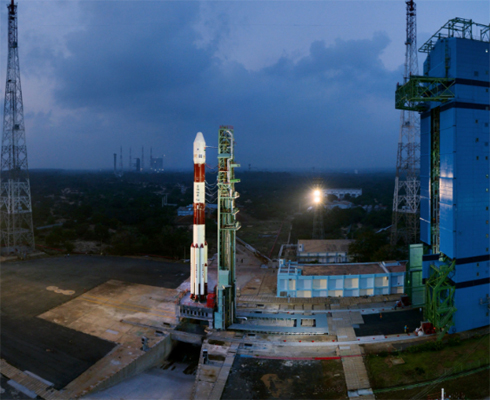 The Indian satellite was launched along with 30 others from Sriharikota in Andhra Pradesh on Friday.

Along with the satellites, the Polar Satellite Launch Vehicle or PSLV lifted off from  9.29 pm.