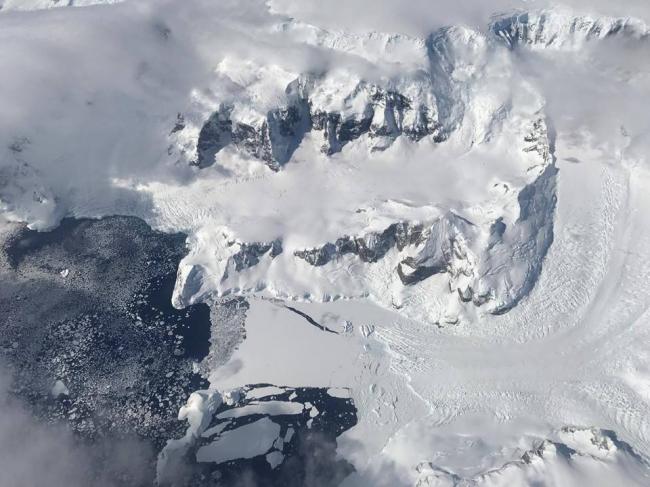 For the first time in its nine years of operations in the southern hemisphere, IceBridge will launch two consecutive, dedicated sets of Antarctic flights from two continents—South America and Antarctica—with two different aircraft and instrument suites.

“This is an exciting and ambitious undertaking for IceBridge, as the dual campaigns will allow us to continue our surveys of important areas near the Antarctic Peninsula and greatly expand our coverage into the vast expanse of East Antarctica,” said Nathan Kurtz, IceBridge’s project scientist and a sea ice researcher at NASA’s Goddard Space Flight Center in Greenbelt, Maryland, read teh NASA website.

The first part of the campaign, which will continue through Nov. 26, is based in Ushuaia, Argentina. This is a new base of operations for IceBridge, which normally flies to Antarctica from Punta Arenas, Chile. The reason for the switch is that this fall, IceBridge scientists and instruments are traveling aboard a P-3 aircraft, which has a shorter range than their regular Antarctic ride, a DC-8.

“By flying from Ushuaia instead of Punta Arenas, we’re saving ourselves an hour of flight time during our transit to and from Antarctica,” Kurtz said. “Because we’re trying to maximize our time collecting new data over and around Antarctica, that hour is a big deal.”

The P-3 is flying over West Antarctica, the continent’s fastest-changing region, targeting sea ice in the Bellingshausen and Weddell seas and glaciers in the Antarctic Peninsula and along the English and Bryan Coasts. The IceBridge team has added new flight lines this year, including surveys of the Larsen C and Venable Ice shelves. In total, IceBridge scientists plan at least six P-3 flights and up to eleven if the notoriously difficult weather in this region cooperates.

Its first flight included a pass under the tracks of TanDEM-X, a radar-based satellite jointly operated by the German space agency DLR and Airbus Defence and Space SAS, a private company. By comparing IceBridge’s measurements to TanDEM-X’s, scientists want to see if they can use the data from the German spacecraft to detect the so-called frontal ice zone, a band of older and thicker sea ice that may exist near the northern edge of the ring of sea ice surrounding Antarctica and, if present, might have a protective effect on the sea ice pack.


For the P-3 flights, the mission is carrying its full instrument suite. The main instrument is a laser altimeter that measures the height of the ice surface. IceBridge is flying two versions of it: one equipped solely with a green laser and, for the first time, a dual-color version that transmits both infrared and green laser pulses. The P-3 is also flying three radar sounders that measure the thickness and layering of the snow and ice, a high-resolution camera to record the surveyed terrain and an infrared camera to measure surface temperature. The plane also carries a gravimeter and magnetometer that record small variations in Earth’s gravity and magnetic fields to measure the thickness of the ocean cavity beneath Antarctica’s floating ice shelves, which is essential information for advancing the understanding of how the ice and ocean interact.

Starting in late November, IceBridge will carry out a second set of research flights, this time based in Antarctica. This will be the second dedicated Antarctic-based field campaign in IceBridge’s history. These flights are part of an ongoing collaboration with the National Science Foundation (NSF), which manages the U.S. Antarctic Program and operates three year-round U.S. research stations on the continent.

The flights will be aboard a Basler aircraft and launched from at least two Antarctic stations, NSF’s McMurdo and Amundsen-Scott South Pole stations. The plane will be equipped with a laser altimeter and a new radar sounder.

Being based in Antarctica will allow IceBridge to fly areas of the continent that are unreachable from South America and to do more thorough surveys of regions that previously were at the farther edge of its reach, such as the 88 degrees South “pole hole” – the circular area around the South Pole where all ICESat-2 orbits will intersect each other.

“When we fly to the pole hole from Chile with the DC-8, it requires flying for more than 12 hours, but we only get about 90 minutes near the pole and can only survey half of the area at a time,” said Joe MacGregor, IceBridge’s deputy project scientist and a glaciologist at Goddard.

Flying to the pole hole from the South Pole itself will allow for a more thorough survey and provide an invaluable baseline for ICESat-2 measurements. If all goes as planned, within a few weeks following Operation IceBridge’s flights, Goddard researchers on the ground will also survey the pole hole using GPS and help further refine our knowledge of this region.

Some new targets for IceBridge during the Basler flights will be areas of the Texas-sized Ross Ice Shelf and several massive glaciers that flow through the Transantarctic Mountains from East to West Antarctica. During the second part of their Antarctic campaign, the IceBridge team hopes to complete at least 16 surveys.

“We’ll survey some glaciers that, as far as we can tell, no one has surveyed with a laser and a radar previously, to map surface elevation and ice thickness. That meets the definition of Antarctic exploration,” MacGregor said.

The mission of Operation IceBridge is to collect data on changing polar ice and maintain continuity of measurements between ICESat missions. The original ICESat mission launched in 2003 and ended in 2009, and its successor, ICESat-2, is scheduled for launch in late 2018. Operation IceBridge began in 2009 and is currently planned to continue until 2020 so it to overlaps with ICESat-2 to help scientists connect measurements from the two satellites.

NASA's Wallops Flight Facility in Virginia provided one of the laser altimeters and the infrared camera that are being used during IceBridge’s Ushuaia flights. The P-3 research aircraft is based at Wallops. IceBridge's three radar instruments come from the Center for Remote Sensing of Ice Sheets (CReSIS) at the University of Kansas, while NASA's Ames Research Center at Moffett Field, California, provided the Digital Mapping System, and the gravimeter and magnetometer are managed by Columbia University. For the 2017 Antarctica-Based flights, the Basler aircraft is owned and managed by NASA contractor Airtec, the laser altimeter is provided by University of Alaska, Fairbanks, and the radar sounder comes from CReSIS.