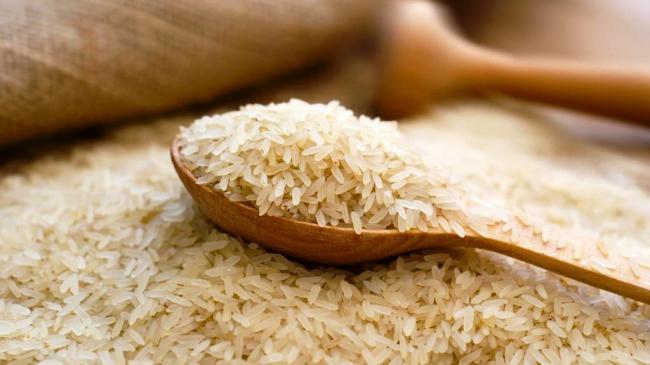 Researchers working on the Oxford-led C4 Rice Project have, by introducing a single maize gene to the plant, moved towards ‘supercharging’ rice to the level of more efficient crops.

Rice uses the C3 photosynthetic pathway, which in hot dry environments is much less efficient than the C4 pathway used in other plants such as maize and sorghum. If rice could be ‘switched’ to use C4 photosynthesis, it could theoretically increase productivity by 50%.

The new study, published in the journal Current Biology, recreates the first step of the likely three-step evolutionary process that transitioned C3 plants to the C4 pathway.

Professor Jane Langdale, Professor of Plant Development in the Department of Plant Sciences at Oxford University, and Principal Investigator on this phase of the C4 Rice Project, said: ‘Over 3 billion people depend on rice for survival, and, owing to predicted population increases and a general trend towards urbanisation, land that provided enough rice to feed 27 people in 2010 will need to support 43 by 2050.
‘In this context, rice yields need to increase substantially over the next 35 years. Given that traditional breeding programmes currently achieve around a 1% increase in yield per annum, this is not a trivial endeavour.’

The C4 photosynthetic pathway, which has evolved over 60 times independently, accounts for around a quarter of primary productivity on the planet despite being used by only 3% of species. In most C4 plants, photosynthetic reactions happen in two types of cell arranged in ‘wreaths’ around closely spaced veins – an arrangement referred to as Kranz anatomy. One of the major challenges of the C4 Rice Project is to convert rice leaf anatomy to this form.

In this study, researchers demonstrate how they took the first step on this journey – the step towards a ‘proto-Kranz’ anatomy – by introducing a single maize gene known as GOLDEN2-LIKE to the rice plant. This had the effect of increasing the volume of functional chloroplasts and mitochondria in the sheath cells surrounding leaf veins, mimicking the traits seen in proto-Kanz species.

Professor Langdale said: ‘This research introduces a single gene to the rice plant to recreate the first step along the evolutionary path from C3 to C4. It’s a really encouraging development, and the challenge now is to build on that and find the right genes to tweak to complete the remaining steps in the process.

‘The C4 pathway is an extremely complex and remarkable piece of evolution, and we don’t know how the individual evolutionary steps took place – while in terms of leaf anatomy it appears as though there were at least two more steps between proto-Kranz and C4, perhaps these subsequent steps can also each be recapitulated with the introduction of just a single gene.’

Professor Julian Hibberd from the Department of Plant Sciences at the University of Cambridge, who is a member of the C4 consortium but did not contribute to this study, said: ‘Although engineering the efficient C4 pathway into C3 crops would enable a step-change in agricultural productivity, the large number of changes required to convert a C3 leaf to one that uses C4 photosynthesis has rightly been seen as a major challenge to implementation. This study represents an exciting advance because a number of key phenotypes associated with C4 photosynthesis have been modified in rice simultaneously.’