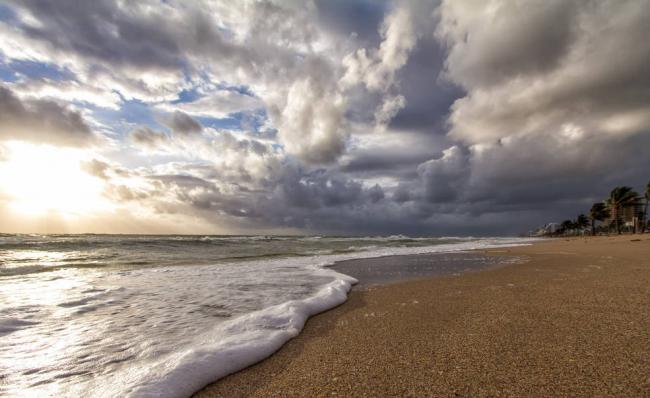 India Blooms News Service | | 19 May 2017, 06:02 pm
#NASA, #CPEX
Washington, May 19 (IBNS): A NASA-funded field campaign getting underway in Florida on May 25 has a real shot at improving meteorologists' ability to answer some of the most fundamental questions about weather: Where will it rain? When? How much?

The plane also will carry small sensors called dropsondes that are dropped from the plane and make measurements as they fall. Working together, the instruments will collect detailed data on wind, temperature and humidity in the air below the plane during the birth, growth and decay of convective clouds -- clouds formed by warm, moist air rising off the subtropical waters around Florida.

"Convection is simply a column or bubble of warm air rising," said CPEX Principal Investigator Ed Zipser of the University of Utah in Salt Lake City. That rising air may become the seed of a rainstorm; in the tropics and subtropics, including the U.S. South, convection is the most common way for precipitation to form. Convective clouds can join together to form a major rainstorm or can even become a hurricane.

Even though convection is such a fundamental atmospheric process, the start of convection has proven difficult to predict. Bjorn Lambrigtsen of NASA's Jet Propulsion Laboratory in Pasadena, California, a member of the CPEX science team, explained why: "Tropical convection flares up quickly. A thunderstorm pops up, does its thing, and goes away in an hour or so. And they're not very large." They're typically less than six miles (10 kilometers) across. Satellites can't observe much detail about a feature that small even if they happen to be looking at the right place at the right time. "To understand what makes a thunderstorm form and grow, we need field campaigns. We need to fly to where the storms are, look at them and their environment in detail, and measure all the important features at the same time," said Lambrigtsen.

Zipser is particularly interested in areas of deep convection, with cloud tops higher than jets fly. "If you look at a vacation poster of Hawaii, you see a sky full of little cotton balls," he says. "Those clouds are only a few kilometers deep, and you might get a light shower out of them. The troposphere over the tropics is 14 or 15 kilometers [9 miles] deep, and the top half of deep convective clouds is full of ice particles instead of liquid drops. If these deep clouds become better organized, grow into a large system and move over land, you can have widespread, heavy rainfall for the better part of a day. We need to find out when deep convection is going to form and why."

One Month, One Plane, Five Instruments

The CPEX team plans to log 10 to 16 flights in June for a total of about 100 flight hours, weather permitting. They hope to record the entire evolution of convective storms, from birth to decay. They'll fly in whichever direction the weather seems most promising, whether it's the Gulf of Mexico, the Caribbean or the western Atlantic Ocean. The most interesting data should come when the plane is able to penetrate deep but moderate convection without the threat of lightning, collecting data from inside a storm or storm system.

The five NASA instruments are flying together as a group for the first time:

•     DAWN, the Doppler Aerosol Wind Lidar, is a relatively new addition to NASA's Earth science toolkit that measures the horizontal wind profile below the plane. It was developed and is operated by NASA's Langley Research Center in Hampton, Virginia. Lambrigtsen noted that in contrast with dropsondes, which collect data only from the spots where they're dropped, DAWN collects a swath of continuous data along the flight path. "It's one of the most important measurements for understanding tropical convection, and it was not available till DAWN and similar sensors came on the scene," Lambrigtsen said.

•     APR-2, the Airborne Second-Generation Precipitation Radar, measures precipitation and vertical motion within storms using the same kind of dual-polarization, dual-Doppler technology as the National Weather Service's ground-based radar. Developed and operated by JPL, APR-2 measures the rain or ice particles in a cloud, which reveal the cloud's structure.

•     Three microwave radiometers from JPL measure what Lambrigtsen calls "the bread and butter of convection" -- temperature, water vapor, and the amount of liquid in clouds:

MASC, the Microwave Atmospheric Sounder for Cubesats. This experimental instrument will test the possibility of flying a miniaturized microwave radiometer on a tiny satellite called a Cubesat. JPL scientists will assess MASC's performance in CPEX to advance the instrument along the path to space readiness.

The DC-8 aircraft and crew are based at NASA's Armstrong Flight Research Center in Palmdale, California.

With a career stretching back to the 1960s, Ed Zipser knows as well as anyone how a good data set from field research can advance understanding of the atmosphere and improve the accuracy of weather and climate models. "We've known since the 1970s that the key to a successful forecast is being able to understand and treat the role of convection," he said. "We've made a lot of progress, but none of the model treatments  of convection is anything you could call perfect. We need to observe better and understand more. CPEX is a pretty exciting opportunity to learn more about convection and its evolution."