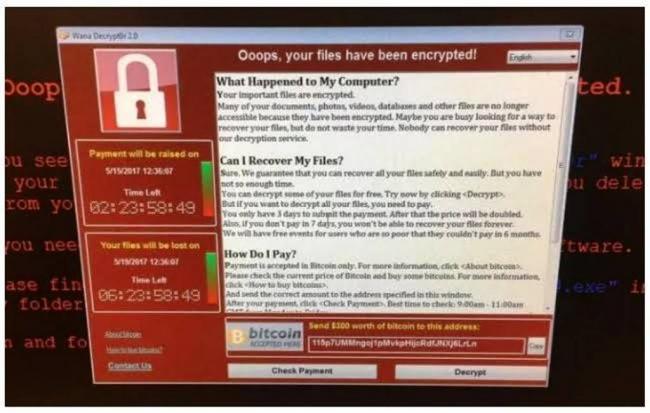 The malware has been developed using tools whose origins have been traced to the US National Security Agency (NSA), a BBC report read.

A demand of $300 in Bitcoin have been made by the attackers.

The attack is believed to have been made by The Shadow Brokers, a group of hackers, who claimed to have stolen the tools and released them online in April.

Countries like the US, UK, China, Spain and Russia are among the major nations to have been hit by the bug.

At least 75,000 cases have been reported so far, Internet Security major Avast said.

Pundits have suggested that the WannaCry malware spreads via a worm and has the ability to move around a network by itself, exploiting vulnerabilities inside a system upon entering it.