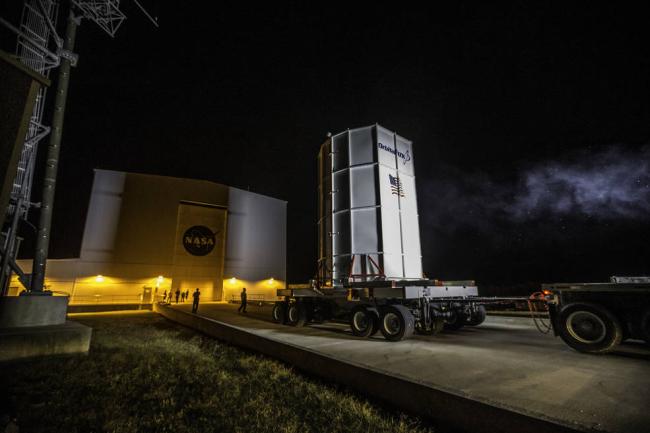 India Blooms News Service | | 13 Oct 2016, 10:28 am
#NASA, #Atlantic storm system, #Space Station
Washington, Oct 13 (IBNS): NASA and its partner Orbital ATK have postponed the launch of the companyâ€™s next commercial resupply mission to the International Space Station to no earlier than Sunday, Oct. 16, as the agency prepares for Tropical Storm Nicole at its tracking site in Bermuda.

A Sunday launch would occur at 8:03 p.m. EDT from NASA’s Wallops Flight Facility in Virginia, with a five-minute window. The launch will air live on NASA Television and the agency’s website beginning at 7 p.m.

The date of the arrival of the Orbital ATK Cygnus spacecraft to the space station is to be determined.

NASA TV will air two prelaunch broadcasts Saturday, Oct. 15. At 4 p.m., scientists and researchers will discuss some of the investigations to be delivered to the station and, at 6 p.m., mission managers will provide an overview and status of launch operations. The briefings also will stream live on the agency’s website.

As the spacecraft’s trajectory takes it from Wallops and past Bermuda on its flight into orbit, the Bermuda tracking station provides downrange tracking, telemetry and flight termination support. Tropical Storm Nicole is expected to reach Bermuda as a hurricane Thursday, Oct. 13, read the NASA website.

“The tracking station at Bermuda is required to conduct the Antares launch from Wallops,” said Steven Kremer, chief of the Wallops Range and Mission Management Office. “The ability to support a launch will depend on the impact the storm has on not only our systems, but also the overall Bermuda infrastructure.”

After the storm system has passed Bermuda, the Wallops team will conduct a damage assessment, perform mission readiness testing, and bring the site back up to operational status.