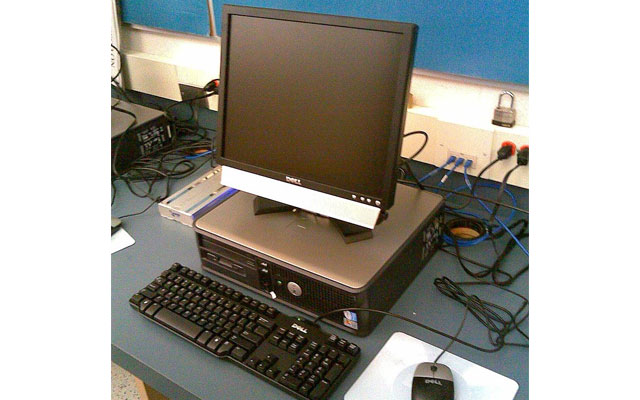 India Blooms News Service | | 17 Aug 2016, 08:26 pm
#Computers, # Computer programing, # handwriting, #UCL computer
New York, Aug 17 (IBNS): In a world increasingly dominated by the QWERTY keyboard, UCL computer scientists have developed software which may spark the comeback of the handwritten word by analysing the handwriting of any individual and accurately replicating it.

The scientists have created ‘My Text in Your Handwriting’, a programme which semi-automatically examines a sample of a person’s handwriting, which can be as little as one paragraph, and generates new text saying whatever the user wishes, as if the author had handwritten it themselves.

First author, Dr Tom Haines (UCL Computer Science), said: “Our software has lots of valuable applications. Stroke victims, for example, may be able to formulate letters without the concern of illegibility, or someone sending flowers as a gift could include a handwritten note without even going into the florist.

It could also be used in comic books where a piece of handwritten text can be translated into different languages without losing the author’s original style.”

Published in ACM Transactions on Graphics and funded by the EPSRC, the machine learning algorithm is built around glyphs – a specific instance of a character.

Authors produce different glyphs to represent the same element of writing – the way one individual writes an “a” will usually be different to the way others write an “a”.

Although an individual’s writing has slight variations, every author has a recognisable style that manifests in their glyphs and their spacing. The software learns what is consistent across an individual’s style and reproduces this.

To generate an individual’s handwriting, the programme analyses and replicates an author’s specific character choices, pen-line texture and colour, inter-character ligatures (the joining-up between letters), and vertical and horizontal spacing.

Co-author, Dr Oisin Mac Aodha (UCL Computer Science), said: “Up until now, the only way to produce computer-generated text that resembles a specific person’s handwriting would be to use a relevant font. The problem with such fonts is that it is often clear that the text has not been penned by hand, which loses the character and personal touch of a handwritten piece of text. What we’ve developed removes this problem and so could be used in a wide variety of commercial and personal circumstances.”

The system is flexible enough that samples from historical documents can be used with little extra effort. Thus far, the scientists have analysed and replicated the handwriting of such figures as Abraham Lincoln, Frida Kahlo and Arthur Conan Doyle. Infamously, Conan Doyle never actually wrote Sherlock Holmes as saying, “Elementary my dear Watson” but the team have produced evidence to make you think otherwise.

To test the effectiveness of their software, the team asked people to distinguish between handwritten envelopes and ones created by their automatic software. People were flummoxed by many of the envelopes, resulting in them being fooled by the computer generated writing 40% of the time.

Given how convincing the computer generated handwriting is, some may believe the method could help in forging documents, but the team explained it works both ways and could actually help in detecting forgeries.

Senior author, Dr Gabriel Brostow (UCL Computer Science), said: “Forgery and forensic handwriting analysis are still almost entirely manual processes but by taking the novel approach of viewing handwriting as texture-synthesis, we can use our software to characterise handwriting to quantify the odds that something was forged. For example, we could calculate what ratio of people start their ‘o’s’ at the bottom versus the top and this kind of detailed analysis could reduce the forensics service’s reliance on heuristics.”