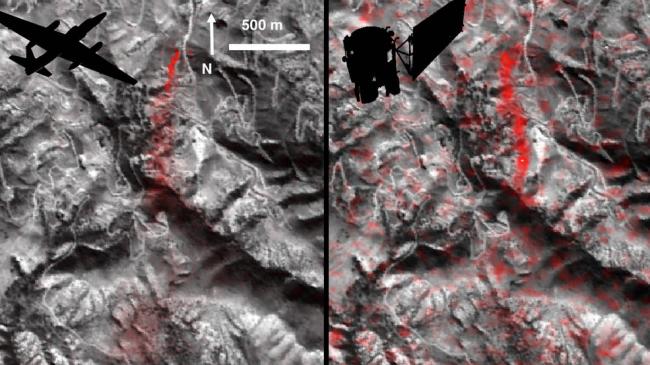 India Blooms News Service | | 15 Jun 2016, 09:23 am
#NASA spots, #Methane leak
California, June 15 (IBNS) For the first time, an instrument onboard an orbiting spacecraft has measured the methane emissions from a single, specific leaking facility on Earthâ€™s surface. The observation -- by the Hyperion spectrometer on NASAâ€™s Earth Observing-1 (EO-1) -- is an important breakthrough in our ability to eventually measure and monitor emissions of this potent greenhouse gas from space.

In a new paper accepted for publication in the journal Geophysical Research Letters, a research team with scientist David R. Thompson of NASA’s Jet Propulsion Laboratory, Pasadena, California, detailed the observation, which occurred over Aliso Canyon, near Porter Ranch, California. The Hyperion instrument successfully detected the methane leak on three separate overpasses during the winter of 2015-16. The research was part of an investigation of the large accidental Aliso Canyon methane release last fall and winter, read the NASA website.

The orbital observations from Hyperion were consistent with airborne measurements made by NASA’s Airborne/Infrared Imaging Spectrometer (AVIRIS) imager flying onboard a NASA ER-2 aircraft.

“This is the first time the methane emissions from a single facility have been observed from space,” said Thompson. “The percentage of atmospheric methane produced through human activities remains poorly understood. Future instruments with much greater sensitivity on orbiting satellites can help resolve this question by surveying the biggest sources around the world, so that we can better understand and address this unknown factor in greenhouse gas emissions.”