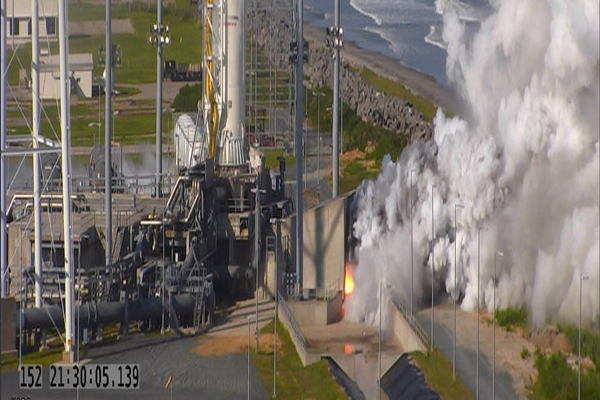 Initial indications suggest that the test was fully successful, and the Antares engineering team will review test data over the next two weeks to confirm that all test parameters were met. The confirmation of a successful test will clear the way for Orbital ATK to resume cargo resupply services to the International Space Station from NASA’s Wallops Flight Facility in Virginia, currently scheduled for July.

The primary goal of the test was to verify the functionality of the integrated first stage, including new engines, modified Stage 1 core, avionics, thrust vector control and pad fueling systems in an operational environment, read the NASA website.

The test also met a number of operational milestones including full propellant loading sequence, launch countdown and engine ignition and shut down commands, as well as multiple throttle settings including full engine power. Additionally, the test validated the launch pad’s operation, including propellant tanking and the use of the water deluge system to protect the pad from damage and suppress noise.