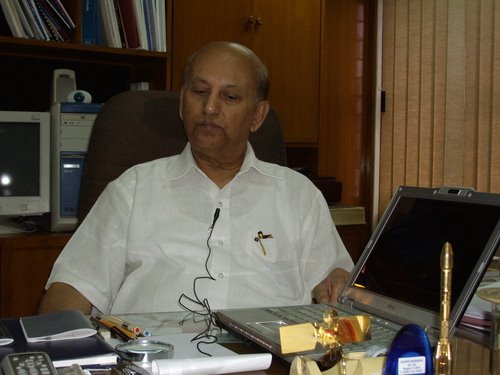 U R Rao to be honoured by International Astronautical Federation

India Blooms News Service | | 13 May 2016, 05:27 pm
#ISRO, # U R Rao, # International Astronautical Federation
New Delhi, May 13 (IBNS) U R Rao, former Chairman, ISRO and Secretary, Department of Space is being honoured by the International Astronautical Federation (IAF) with the 2016 â€˜IAF Hall of Fameâ€™ Award, for his outstanding contribution to the progress of astronautics within the framework of the IAF activities.

The IAF award is intended to reward personalities for their contributions to the progress of astronautics and the Federation. In the letter to
Rao by the President, IAF stated that, ‘It is a true honour for IAF to attribute this award to Prof Rao, who have been for many years an active
participant to the success of space in general and of the Federation in particular’.

The IAF Hall of Fame consists of a permanent gallery of these personalities, including a citation, biographical information, and a
picture, in a special part of the IAF web presence.

This year’s 67th International Astronautical Congress will be held in Guadalajara, Mexico during Sept 26 – 30.

Rao will receive the ‘IAF Hall of Fame’ Award and a certificate, during the closing ceremony on Sept 30.