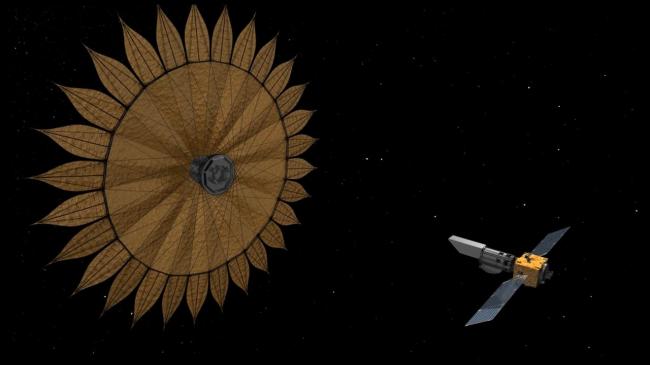 On the road to finding other Earths

India Blooms News Service | | 29 Apr 2016, 06:59 pm
#NASA, # NASA earth
California, Apr 29 (IBNS) Scientists are getting closer to finding worlds that resemble our own "blue marble" of a planet. NASA's Kepler mission alone has confirmed more than 1,000 planets outside our solar system -- a handful of which are a bit bigger than Earth and orbit in the habitable zones of their stars, where liquid water might exist.

Some astronomers think the discovery of Earth's true analogs may be around the corner. What are the next steps to search for life on these potentially habitable worlds?

Scientists and engineers are actively working on two technologies to help with this challenge: the starshade, a giant flower-shaped spacecraft; and coronagraphs, single instruments that fit inside telescopes. Both a starshade and a coronagraph block the light of a star, making it easier for telescopes to pick up the dim light that reflects off planets. This would enable astronomers to take pictures of Earth-like worlds -- and then use other instruments called spectrometers to search the planets' atmospheres for chemical clues about whether life might exist there.

"Coronagraphs are like visors in your car -- you use them to block the light of the sun so you can see the road," said Nick Siegler, the program chief technologist for NASA's Exoplanet Exploration Program Office at JPL. "Starshades, on the other hand, are separate spacecraft that fly in front of other telescopes, so they are more like driving behind a big truck in front of you to block the light of the sun." Siegler is featured in the Crazy Engineering video.

The starshade would be a large structure about the size of a baseball diamond that deploys in space and flies in front of a space telescope.