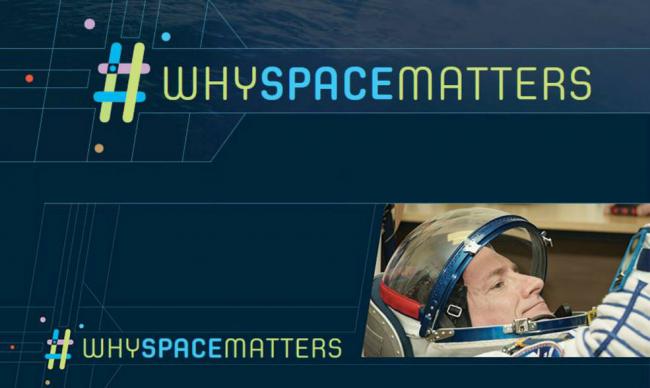 NASA and UNOOSA invited the public to submit photos depicting why space matters to us all in our daily lives as a way to highlight the application of space-based science and technologies. In response, hundreds of participants from around the world posted pictures on Instagram using the hashtag #whyspacematters.

Kelly, who is scheduled to depart the space station and return to Earth on March 1, announced winning photos each month by posting them from his Instagram account @StationCDRKelly.

“Of course, I think space matters in a multitude of ways, but it’s been inspiring to see this proof that you don’t have to be an astronaut to recognize that,” Kelly said. “Space technology and research is impacting the lives of people around the world. Over the past year, I’ve been able to play a personal role in some of that research, and by speaking up about why it’s important, everyone who participated has played a part of their own.”

The winning photos for each month, from June 2015 to January, ranged from a striking Earth-bound, long-exposure image of the night sky in December to a view of solar panels on a roof in Mexico in September, to a photo of a female Nigerian firefighter using a NASA-developed breathing apparatus in June.

Kelly and Russian Cosmonaut Mikhail Kornienko have spent nearly a year in space to improve our understanding of the medical, psychological and biomedical challenges faced by astronauts during long-duration spaceflight, an important step in research into the effects of long-term space habitation as part of NASA’s Journey to Mars.

“It was an honor to have Scott Kelly share his experience in space with the United Nations. This campaign helped to promote the use of space science and technologies in such areas as disaster risk reduction, tracking the effects of climate change and in the equality of access to education and telemedicine,” said UNOOSA Director Simonetta Di Pippo.

Scientists worldwide use NASA data to tackle some of the biggest questions about how our planet is changing now and how Earth could change in the future. From rising sea levels to the changing availability of freshwater, NASA enables studies that unravel the complexities of our planet from the highest reaches of Earth’s atmosphere to its core.

The International Space Station is a convergence of science, technology and human innovation that enables us to demonstrate new technologies and make research breakthroughs not possible on Earth. It has been continuously occupied since November 2000 and, since then, has been visited by more than 200 people and a variety of international and commercial spacecraft. The space station remains the springboard to NASA's next giant leap in exploration, including future missions to an asteroid and Mars.