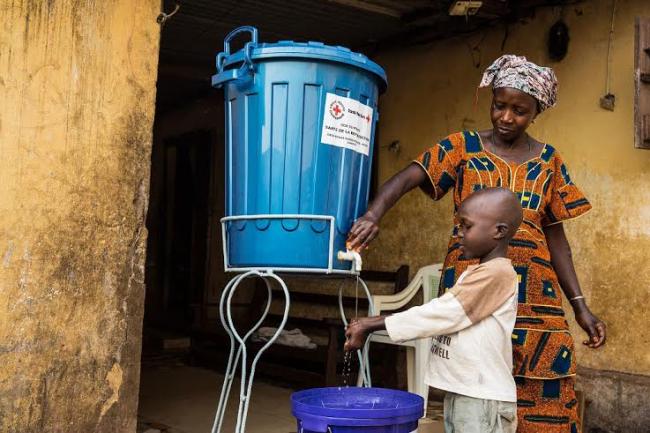 The work, published online today in the journal Science, highlights the remarkable speed of Adimab's recently launched single B cell isolation platform, and constitutes the largest panel of functional anti-Ebola antibodies reported in the scientific literature to date.

The sequences of all antibodies isolated in this study will be made freely available to the research community through the GenBank database.

"Our Science paper describes the first in-depth view into the human antibody response to Ebola virus," said Laura Walker, Ph.D., Senior Scientist at Adimab, and the corresponding author of the study. "Within weeks of receiving a blood sample from a survivor of the 2014 Ebola outbreak, we were able to isolate and characterize over 300 monoclonal antibodies that reacted with the Ebola virus surface glycoprotein."

After the initial isolation and characterization of the anti-Ebola antibodies at Adimab, several leading institutions in the field of virology, including The Scripps Research Institute, La Jolla, CA and the US Army Medical Research Institute of Infectious Diseases (USAMRIID), Fort Detrick, MD, provided an in-depth analysis of the therapeutic potential of these newly isolated antibodies.

"Over the past decade, our laboratory has analyzed over one hundred antibodies against the Ebola virus," commented Pamela Glass, Ph.D., Senior Investigator at USAMRIID. "Several of the antibodies provided by Dr. Walker's team display the most potent neutralization and protection we have ever seen."

Additional structural analysis at The Scripps Research Institute provided further insight into the diversity of the human immune response to Ebola. "The antibody panel discovered by Adimab covers every previously known binding site on Ebola virus and their work further revealed a new, highly potent neutralizing site, that has not been reported to date," said Prof. Andrew Ward, Scripps Research Institute, a co-author of the study.

"In less than two months the Adimab team isolated more neutralizing Ebola antibodies than the entire Ebola field has reported in the past two decades," noted Tillman Gerngross, Ph.D., CEO and Co-Founder of Adimab and a Professor of Bioengineering at Dartmouth College. "The global public health community has been looking for a rapid response platform to emerging infectious disease threats and Laura's team has set an entirely new standard for rapidly isolating protective antibodies that could be turned into effective therapeutics. We now have a broadly applicable platform to deal with these threats."

"Not only has the Adimab team isolated an extensive panel of therapeutically promising Ebola antibodies in such a short time frame, but the fact that they have made these antibodies available to the research community for further studies is remarkable and shows their humanitarian intent to advance the field without regard for commercial gain," said John Dye, Ph.D., Chief of Viral Immunology at USAMRIID.

The study is entitled "Isolation of Potent Neutralizing Antibodies from a Survivor of the 2014 Ebola Virus Outbreak".