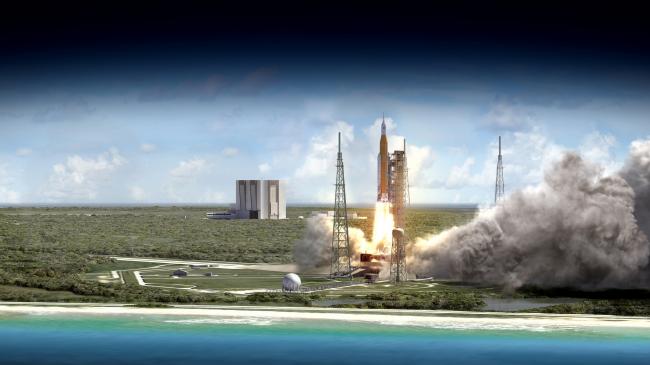 These small satellite secondary payloads will carry science and technology investigations to help pave the way for future human exploration in deep space, including the journey to Mars. SLS’ first flight, referred to as Exploration Mission-1 (EM-1), provides the rare opportunity for these small experiments to reach deep space destinations, as most launch opportunities for CubeSats are limited to low-Earth orbit.

“The 13 CubeSats that will fly to deep space as secondary payloads aboard SLS on EM-1 showcase the intersection of science and technology, and advance our journey to Mars,” said NASA Deputy Administrator Dava Newman.

The secondary payloads were selected through a series of announcements of flight opportunities, a NASA challenge and negotiations with NASA’s international partners.

“The SLS is providing an incredible opportunity to conduct science missions and test key technologies beyond low-Earth orbit," said Bill Hill, deputy associate administrator for Exploration Systems Development at NASA Headquarters in Washington. “This rocket has the unprecedented power to send Orion to deep space plus room to carry 13 small satellites – payloads that will advance our knowledge about deep space with minimal cost.”

Skyfire - Lockheed Martin Space Systems Company, Denver, Colorado, will develop a CubeSat to perform a lunar flyby of the moon, taking sensor data during the flyby to enhance our knowledge of the lunar surface
Lunar IceCube - Morehead State University, Kentucky, will build a CubeSat to search for water ice and other resources at a low orbit of only 62 miles above the surface of the moon

Near-Earth Asteroid Scout, or NEA Scout will perform reconnaissance of an asteroid, take pictures and observe its position in space
BioSentinel will use yeast to detect, measure and compare the impact of deep space radiation on living organisms over long durations in deep space
Lunar Flashlight will look for ice deposits and identify locations where resources may be extracted from the lunar surface

CuSP – a “space weather station” to measure particles and magnetic fields in space, testing practicality for a network of stations to monitor space weather
LunaH-Map will map hydrogen within craters and other permanently shadowed regions throughout the moon’s south pole

Three additional payloads will be determined through NASA’s Cube Quest Challenge – sponsored by NASA’s Space Technology Mission Directorate and designed to foster innovations in small spacecraft propulsion and communications techniques. CubeSat builders will vie for a launch opportunity on SLS’ first flight through a competition that has four rounds, referred to as ground tournaments, leading to the selection in 2017 of the payloads to fly on the mission.

NASA has also reserved three slots for payloads from international partners. Discussions to fly those three payloads are ongoing, and they will be announced at a later time.

On this first flight, SLS will launch the Orion spacecraft to a stable orbit beyond the moon to demonstrate the integrated system performance of Orion and the SLS rocket prior to the first crewed flight. The first configuration of SLS that will fly on EM-1 is referred to as Block I and will have a minimum 70-metric-ton (77-ton) lift capability and be powered by twin boosters and four RS-25 engines. The CubeSats will be deployed following Orion separation from the upper stage and once Orion is a safe distance away. Each payload will be ejected with a spring mechanism from dispensers on the Orion stage adapter. Following deployment, the transmitters on the CubeSats will turn on, and ground stations will listen for their beacons to determine the functionality of these small satellites.