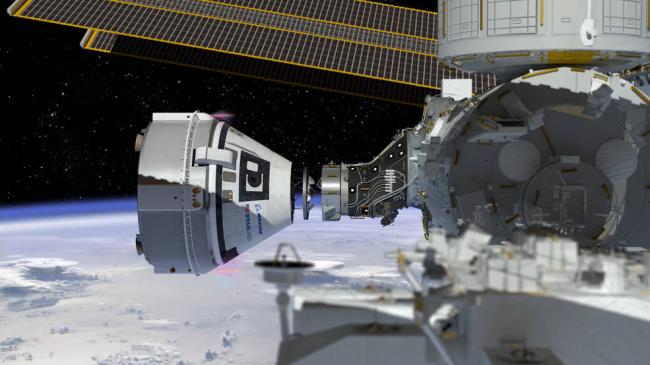 "Once certified by NASA, the Boeing CST-100 Starliner and SpaceX Crew Dragon each will be capable of two crew launches to the station per year," said Kathy Lueders, manager of NASA’s Commercial Crew Program. "Placing orders for those missions now really sets us up for a sustainable future aboard the International Space Station."

This is the third in a series of four guaranteed orders NASA will make under the Commercial Crew Transportation Capability (CCtCap) contracts. Boeing and SpaceX received their first orders in May and November, respectively, and have started planning for, building and procuring the necessary hardware and assets to carry out their first missions for the agency. NASA will identify at a later time which company will fly a mission to the station first.

Boeing met the criteria for NASA to award the company its second mission with the successful completion of interim developmental milestones and internal design reviews for its Starliner spacecraft, United Launch Alliance Atlas V rocket and associated ground system.

Boeing’s Commercial Crew and Cargo Processing Facility at Kennedy Space Center in Florida is seeing the buildup of the Starliner structural test article, and nearby, the main column of the crew access tower is in place at Cape Canaveral Air Force Station’s Space Launch Complex 41. Flight trainers are nearing completion in Boeing’s St. Louis facility and rocket parts are starting to come together in Huntsville, Alabama, read the NASA website.

“As our company begins its second century, our Starliner program continues Boeing’s tradition of space industry innovation with commercial service to the space station,” said John Mulholland, vice president and manager of Boeing’s commercial crew program. “We value NASA’s confidence in the Starliner system to keep their crews safe.”

Commercial crew missions to the space station will restore America’s human spaceflight capabilities and increase the amount of time dedicated to scientific research off the Earth, for the Earth and beyond. A standard commercial crew mission to the station will carry up to four NASA or NASA-sponsored crew members and about 220 pounds of pressurized cargo. The spacecraft will remain at the station for up to 210 days, available as an emergency lifeboat during that time.

“With the commercial crew vehicles from Boeing and SpaceX, we will soon add a seventh crew member to International Space Station missions, which will significantly increase the amount of crew time to conduct research,” said Kirk Shireman, manager for the International Space Station Program. “This will enable NASA and our partners to ramp up the important research being done every day for the benefit of all humanity.”

Orders under the CCtCap contracts are made two to three years prior to actual mission dates in order to provide time for each company to manufacture and assemble the launch vehicle and spacecraft. Each company also must successfully complete a certification process before NASA will give the final approval for flight. Each provider’s contract includes a minimum of two and a maximum potential of six missions.

NASA’s Commercial Crew Program manages the CCtCap contracts and is working with each company to ensure commercial transportation system designs and post-certification missions will meet the agency’s safety requirements. Activities that follow the award of missions include a series of mission-related reviews and approvals leading to launch. The program also will be involved in all operational phases of missions to ensure crew safety.