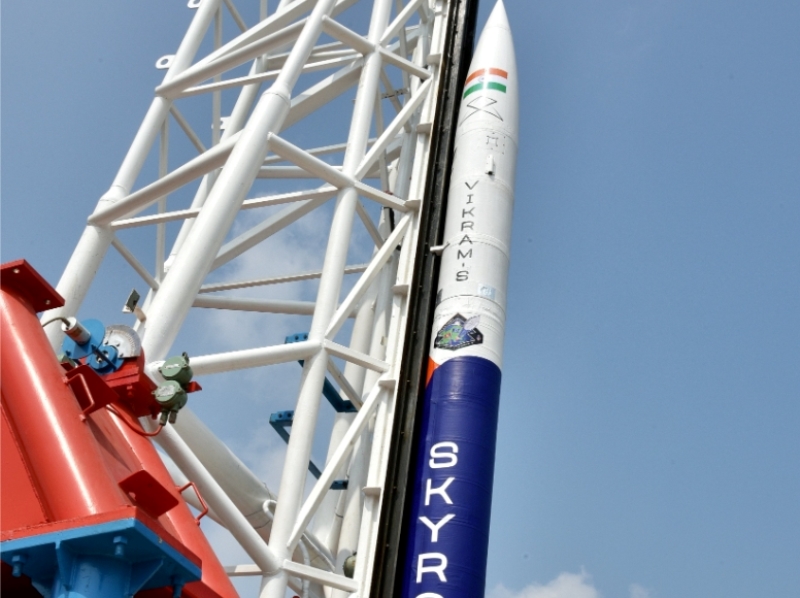 Sriharikota: All eyes are on the space launch of India's first privately made rocket by Telangana-based startup Skyroot Aerospace.

It has been developed over a span of 2 years and this would be its demonstration mission, which includes the pre-lift-off, lift-off, ascent, and deployment phase of the satellites.

Powered by solid-fuelled propulsion, advanced avionics, and a carbon-fiber core structure, it would reach an altitude of 120 kilometers above the surface of Earth.

Mission set. Happy to announce the authorization received from IN-SPACe yesterday for 18 November ’22, 11:30 AM, after final checks on readiness and weather. Here’s our #Prarambh mission brochure for you. Watch this space for the launch live link.#OpeningSpaceForAll pic.twitter.com/IKAYeYKAYp

It is aimed at testing and validating the system, designs, and technology of orbital-class launch vehicles, including several sub-systems and technologies.

The Vikram-S mission will launch on November 18 at 11:30 am from the sounding rocket complex, Satish Dhawan Space Centre in Sriharikota.

There it is!
Catch a glimpse of our Vikram-S at the rocket integration facility at Sriharikota, as it gets ready for the momentous day. Weather seems great for the launch on 18 Nov 11:30 AM.#Prarambh #OpeningSpaceForAll pic.twitter.com/b0nptNlA1N

The mission will test 80 percent of technologies to be used in the full Vikram variants.